UN is playing the role it should

He was speaking as the United States and the Soviet Union traded threats over the future of Berlin, and also at a time when the seeds of the Congolese civil war in which he would lose his own life two years later were being sown. His answer was long, complicated and not fully satisfactory. But it was an answer that, with a few amendments, could be repeated today by Mr Hammarskjöld’s successor, as he tries to cope simultaneously with an east-west confrontation over Ukraine, an unfinished war in Gaza and a jihadist upsurge in Syria and Iraq.

Indeed, it was repeated, in part, at a high-level meeting the other week on conflict prevention, when today’s secretary-general, Ban Ki-moon, called for “a new era of collaboration, cooperation and action from the security council”. This is UN-speak for “it’s the fault of the member states”. Mr Ban was echoing what Mr Hammarskjöld meant when he said that: “Only to a limited extent does the United Nations have an existence and possibilities of action independent of the will of member governments.” Member states are, in this view, the bane of the United Nations: they prevaricate, they lie and, above all, they quarrel. The retiring high commissioner for human rights, Navi Pillay, was particularly forthright at the same meeting. The main fault lay not with the UN bodies responsible for warning that a potential for serious conflict was building up, she said, but with those who ignored these warnings. Human rights violations were, she argued, a powerful indicator of trouble to come, and such violations “could have been addressed”. Greater responsiveness by the security council, she concluded, “would have saved hundreds of thousands of lives”.

The security council does not respond, of course, because it can’t agree. It is undeniable that the United Nations has reverted to a pre–1989 situation in which gridlock usually paralyses the council and also constrains many of the specialist agencies. But there are ways of manoeuvring around these constraints. One is to concentrate on humanitarian objectives, including humanitarian access in war zones. Worthwhile in themselves, because of their main aim of relieving suffering, they can also serve on occasion as steps toward a broader engagement between warring parties.

A little sneaky diplomacy can be smuggled in with the medicines and the baby food. It is worth emphasising, in addition, that the UN has become very good, although not perfect, at picking up the pieces after wars. The people of Gaza would have been in far worse straits, for instance, had it not been for the extraordinary efforts of the UN relief and works agency. The same goes for the UN refugee agency elsewhere in the Middle East. Information, forecasting and fundraising are all commendable strengths.

The UN ought to be, Mr Hammarskjöld proposed, “an organ which offers the framework and the foundation for negotiation”. We cannot say that it has not tried to offer such a framework recently, notably in the Geneva talks on Syria. The UN, he also said, offered a forum for continuous quiet negotiation which, by its nature, was private and therefore not often reported, except when it bore fruit. How much this is still the case when rapid direct communications have to some extent superseded “normal” diplomacy is arguable. What is not arguable is that the involvement of the United Nations in an international crisis still signals to the broader public that something both serious and legitimate is happening. That remains a uniquely valuable resource. 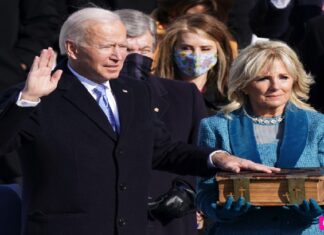