United in diversity, in solidarity and in adversity 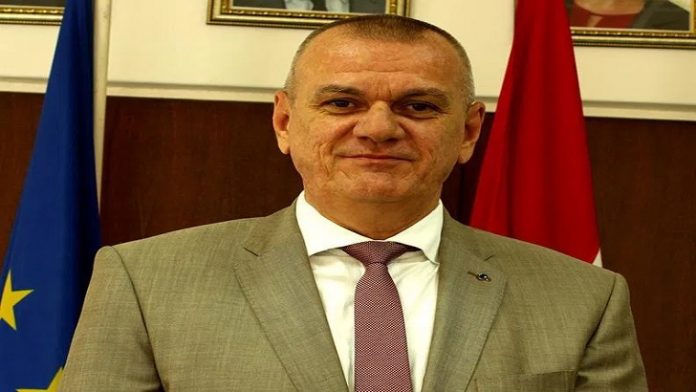 The European Union celebrates the 70th anniversary of the Schuman Declaration which led its establishment.
On Saturday 9 May, Europe day, the start of economic and political cooperation among European countries was celebrated across the European continent. A gradual integration process kick-started by the Schuman Declaration published on 9 May 1950 has – over the past 70 years – resulted in the European Union (EU) as we know it today. This declaration, published by the French foreign minister at the time, Robert Schuman, called for European states to work together to pool their resources, in unity and solidarity – a call which is more topical than ever in the context of today’s COVID-19 epidemic.

The EU today is world’s most successful example of a process whereby gradual economic and political integration between sovereign states lead to peace, stability and increased welfare. Both economically and politically, the EU’s member states have become increasingly interdependent and today, they engage in joint decision-making in innumerable areas. For this cooperation to be successful, it needs to be based on very solid, unquestionable foundations: respect for the Rule of Law, democratic principles such as the separation of powers, as well as respect for human rights.

Furthermore, this every day cooperation is built on identified common interests, and – importantly – on mutual respect for the ways in which people and countries differ from one another. The nations and peoples of Europe continue to discover that their cultural differences and diversity are, in fact, enriching. After all, looking at issues from different perspectives leads to finding better solutions. This way, the Member States and peoples who chose to be part of the EU today are united, despite their differences. They are united in diversity.

In his declaration published 70 years ago, Robert Schuman also called for solidarity among nations. Back in 1950, the nations of Europe were struggling to overcome the devastating impact of World War II. The minister realised that rebuilding Europe from the rubble and the ashes would require hard work and joint efforts. As everybody knows who has ever been part of a team, whether in school, in sports or on the job: joint hard work and efforts will lead to real achievements only if they go hand in hand with solidarity. Real joint work starts with the common understanding that the result should be beneficial to everyone, otherwise efforts will run in different directions. Thus, the members of a team, just like the members of the European Union, are united in solidarity.

Solidarity in today’s interconnected world also means international solidarity. For The Gambia and the EU, in the midst of the COVID-19 health crisis and socio-economic crisis that we see unfolding before our eyes as a result, Robert Schuman’s call for solidarity resonates more strongly than ever before. To paraphrase his words, the fight against COVID-19 cannot be won without making joint, creative efforts proportionate to the danger. The EU and The Gambia must jointly rise to the occasion.

In this spirit of solidarity, the EU has pulled together the various strands of its engagement with The Gambia. Under the banner of #TeamEurope and together with the Gambian government, a package of actions aimed to address directly the COVID-19 outbreak, to strengthen The Gambia’s health capacities, and to mitigate the socio-economic consequences of the epidemic is being rolled out. This is a joint effort worth EUR 46 million including, among others, budget support, technical assistance, direct cash transfers to mothers and children in vulnerable communities, support to The Gambia’s unique coastal and marine resources, and investments in The Gambia’s rich cultural and arts sector. Answering Robert Schuman’s call for creative efforts matching the danger, the EU and The Gambia stand together, as partners, in diversity, in solidarity, and especially – in adversity.
Long live the European Union, long live the EU-Gambia Partnership!