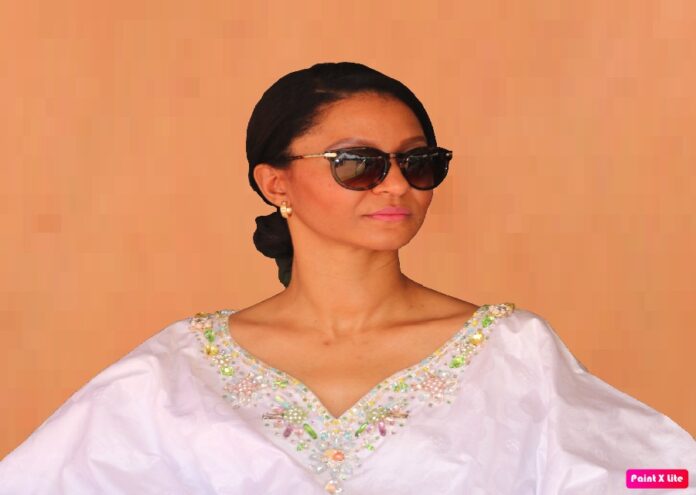 U.S. Department of the Treasury’s Office of Foreign Assets Control (OFAC) has sanctioned Zineb Jammeh, wife of former president Yahya Jammeh for her alleged role in providing support to persons previously designated for their own corrupt behavior, in Zineb’s case her husband.

According to the State Department, the OFAC designated these persons pursuant to Executive Order (E.O.) 13818, which builds upon and implements the Global Magnitsky Human Rights Accountability Act and targets perpetrators of serious human rights abuse and corruption.

“Bad actors rely on their networks and front companies to evade sanctions and conceal their illicit activities,” said Deputy Secretary Justin G. Muzinich. “We will continue to use our authorities to prevent such illicit funds from moving freely through the international financial system.”

The statement went ahead to state the case against Zineb:

“Zineb is the former First Lady of The Gambia and the current wife of Yahya Jammeh (Jammeh), who is a former President of The Gambia who came to power in 1994 and stepped down in 2017. Jammeh was previously included on the Annex to E.O. 13818 on December 21, 2017, for his long history of engaging in serious human rights abuse and corruption. During his tenure, Jammeh used a number of corrupt schemes to plunder The Gambia’s state coffers or otherwise siphon off state funds for his personal gain. At the time of his designation, ongoing investigations revealed Jammeh’s large-scale theft from state coffers prior to his departure. According to The Gambia’s Justice Ministry, Jammeh personally, or through others acting under his instructions, directed the unlawful withdrawal of at least $50 million of state funds. The Gambian Government had since taken action to freeze Jammeh’s assets within The Gambia.

Zineb has reportedly been instrumental in aiding and abetting Jammeh’s economic crimes against the country, and despite numerous calls for Zineb to intervene, has turned a blind eye to Jammeh’s human rights abuses. Zineb is also believed to be in charge of most of Jammeh’s assets around the world, and utilized a charitable foundation as cover to facilitate the illicit transfer of funds to her husband. The Department of Justice filed a civil forfeiture complaint on July 15, 2020, seeking the forfeiture of a Maryland property acquired with approximately $3,500,000 in corruption proceeds by Jammeh, through a trust set up by his wife, Zineb.

Zineb is therefore designated for having materially assisted, sponsored, or provided financial, material, or technological support for, or goods or services to or in support of Jammeh.

As a result of today’s action, all property and interests in property of Zineb Jammeh, and of any entities that are owned, directly or indirectly, 50 percent or more by her individually, or with other blocked persons, that are in the United States or in the possession or control of U.S. persons, are blocked and must be reported to OFAC. Unless authorized by a general or specific license issued by OFAC or otherwise exempt, OFAC’s regulations generally prohibit all transactions by U.S. persons or within (or transiting) the United States that involve any property or interests in property of Zinab Jammeh or otherwise blocked persons. The prohibitions include the making of any contribution or provision of funds, goods, or services by, to, or for the benefit of any blocked person or the receipt of any contribution or provision of funds, goods or services from any such person.