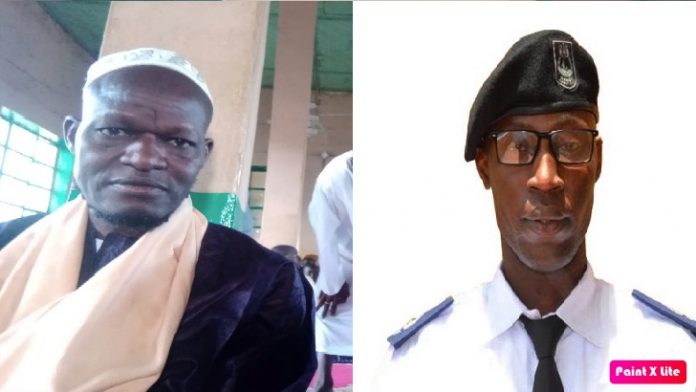 The villagers of Perai Tenda in Tumana, Upper River Region, have petitioned the government to release nine of their elders detained by security personnel for weeks. Nfally Fatty, Folonko Sannoh, Basseh Sanneh, Baba Suwaneh, Luntang Jaiteh-ba, Kebba Fatty, Mafugi Fatty, Mankamang Sannoh and Mbemba Sillah of Perai village were allegedly arrested and detained after a violent fracas between Perai and neighbouring Waliba Kunda villagers in which many were injured.

The villagers alleged that the nine elders were being remanded in Janjangbureh prison on the purported orders of the State Intelligence Services. In the petition dated 20th August and addressed to the Inspector General of Police, the aggrieved villagers wrote: “We write to express our deepest sorrow and concerns about the illegal and unlawful detention of the innocent elders of our village, Perai Tenda.

Nine innocent elders of our village were arrested allegedly on the unlawful orders of Mr Ousman Sonko [sic] the director of State Intelligence Service (SIS) and taken to Janjangbureh prison prior to Tobaski. It has been nearly two months now since they were detained without any court trial…

Our community has been farming those lands for at least 400 years and no one has ever claimed ownership over them. We have successfully lived with all our neighbours in absolute peace and prosperity irrespective of their tribe or political affiliation since time immemorial including Waliba Kunda.

“The community of Waliba Kunda has benefitted from numerous benefits from Perai Tenda. These benefits include education for their children, market for food, fishing without any charges or licence, as well as free gracing for their cattle, until recently when they illegally claimed ownership over our lands which have been our sole source of income over the years.

As we write this letter with deep pain and sorrow, we would urge your government to take swift measures and release our innocent elders who have absolutely nothing to do with the problem…

some of them were not even present at the village on the day of the problem, while some of them worked hard calling for peace from both sides. ” “We are confident that your government will launch an independent investigation into the matter and defend the truth over falsehood.

We demand the swift release of our innocent elders whose families are suffering enormously by the absence of their fathers, husbands, uncles and loved ones. We have made very great sacrifices over the years in our endeavour to see a change of unjust government, thus this is the last act we could have ever imagine from this new government.

We would like to assure you of our total support, loyalty and commitment in enhancing the development goals of your government. We pray for justice to guide our actions and for the well- being of The Gambia.

” This paper tried to solicit information from the SIS until press time yesterday without success. However, police spokesman Superintendent Lamin Njie told The Standard last evening that the matter has been forwarded to the courts and the accused persons were remanded on the orders of the court.

“So as you can see, the matter is currently under litigation,” Supt Njie noted. However, he did not say when and where the Perai elders were arraigned. When informed of the police’s take on the matter, Alhagie T Sannoh, a brother to the alkalo of Perai, expressed his beguilement and said the villagers were not aware of the arraignment of their detained elders