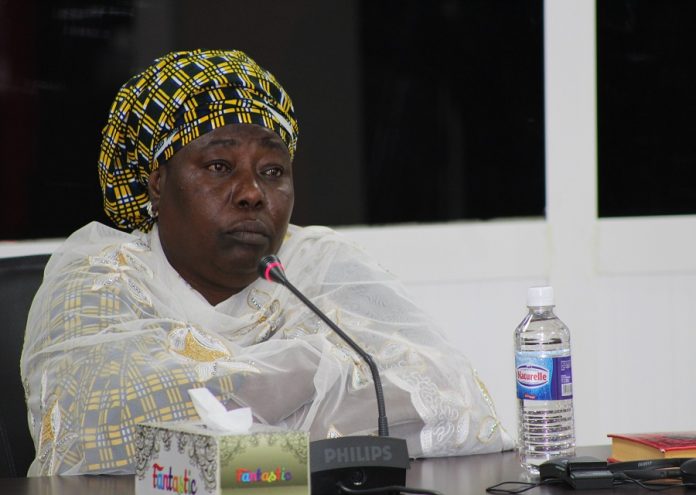 A woman yesterday told the TRRC that she was arrested and detained at the Janjangbureh Prisons for 40 days on the orders of Chief Yaya Jarjusey of Jarra West District.

Kasamanding Kassama, 54, said because of that arrest and detention, her husband divorced her.

In addition, she said her adopted daughter (she has no child of her own), “suffered a lot” as she was hospitalised at a time when she was in detention and could not help her.

The witness, a former opposition UDP mobiliser in the area, said her ordeal started when serving as an agent for the UDP during the 2001 voter registration exercise.

“I objected to the registration of a number of foreigners and reported the matter to the IEC and subsequently the matter was taken up in the Mansa Konko Magistrates Court.

She further disclosed that before the case came up, she was taken ill and her landlord was instructed by Chief Yaya Jarjusey to evict her.

She said after vacating the premises, Baba Jobe, the then APRC National Assembly Member for Jarra West asked her landlord to allow her back in the compound.

“The landlord told Baba Jobe that it was the chief who instructed him to send me out of the compound.

At that point Baba Jobe then picked the phone and called Chief Yaya Jarjusey and asked him to get a tractor to bring all my belongings from my new place.

Baba Jobe fuelled the tractor and the following morning, my properties were brought back to the house I was occupying,” she said.

She said the non-Gambians she got arraigned in turn sued her.

“Eleven of us, ten men and myself, were arraigned before the magistrate after which the police came for us and took us to the Mansa Konko Police Station,” she said.

According to the witness they were not charged or told the reason for their arrest.

The following morning, she went on, the men were taken to the Janjangbureh Prison while she was left at the police station.

“After two days, Chief Jarjusey called the station officer and ordered him to transfer me to the Janjangbureh Prison.

I heard the SO saying ‘Yes Sir Chief’ while he was taking on the phone,” the witness alleged.

She said the following morning, she was transported to the prison and detained at the remand wing for a month and ten days.

While in the prison, the witness said a prison officer used to smuggle food to her because she could not eat the prison food.

She said her husband was allowed visitation whereas all others were denied access.

She indicated that all through her detention, she was never produced before a court of law. She claimed she developed hypertension because of “the terrible prison conditions.”

She indicated that her party, the UDP paid D2,000 to secure her release.
“Do you know why this money was paid by your party?” Counsel Mariama Singhateh asked her.

She said after her release from the prison, she was arrested again and detained at a police station on the Jarra Karantaba Highway for 13 days.

She said while under detention, she was offered D30,000 by the late Baba Jobe to drop the UDP and join the APRC.

“I rejected the money and sent his emissaries away telling them that I cannot leave the UDP for the APRC,” the witness said.

She said she was not told the reasons for her arrest and detention. She described the cell of the police station as very small with no bed. She was eventually released and asked to be reporting every day for about a month.

She said her petty business was affected because Baba Jobe’s boys used to chase her at night and harass her.

She said after these and many confrontations that brought hardship in her life, she left Soma and went to stay in Tallinding.

“Those who you said are strangers, do you know whether they had valid national identity cards?” Commissioner Anna Jones asked the witness.

“I did not see them with a valid ID card,” the witness replied.