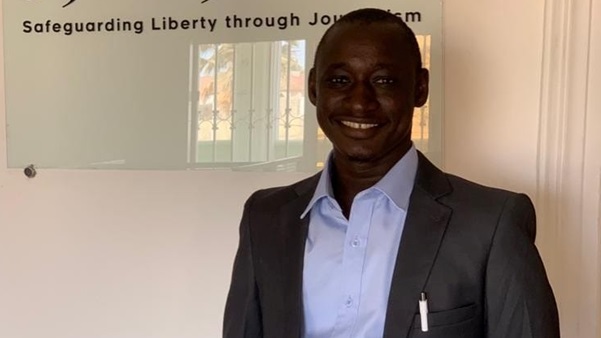 The President of the Young Journalists Association of the Gambia (YJAG) has tasked his members to work to flex their muscles into investigative reporting in order to better hold Government accountable.

Kebba Jeffang made the remarks last Saturday at a day-long training on digital tools and basic finance reporting for more than 21 young journalists drawn from the print and electronic media.

It was organised by YJAG.
Jeffang said investigative journalism has been missing in The Gambia and that building the capacity of his members through such trainings is necessary for topnotch journalism.

He explained that the training was necessitated by the need to augment economic and finance reporting in newsrooms across the country.

The vice president of GPU, Mustapha K Darboe, said the training is crucial and as such urged participants to take it with seriousness and to give it the attention it deserves.
“Often we have trainings in this country… what happen is that people get to the training and leave with very little,” he said.

According to him, in order for journalists to effectively and efficiently do their work, they should understand the nature of their job first.

Commenting on finance reporting, Darboe said what comes to mind is a ‘treasure thrown of data that nobody even knows about’.

The overwhelming number of things they deal with are finances of public institutions. You seldom see these on newspapers other than the normal day to day reporting,” he said.

Mustapha Ceesay, Media Academy for Journalism and Communication (MAJaC) Students’ Union, said the training will immensely add value to the participants’ works or careers. He urged his peers to endeavour to use the knowledge gained in the training.

Fatou Sey, vice president of the School of Journalism and Digital Media of the University of The Gambia, also shared similar remarks.

Meanwhile, Lamin Jahateh from the GPU and Demba Kandeh, a journalism trainer at MAJaC and the University of The Gambia trained the participants.