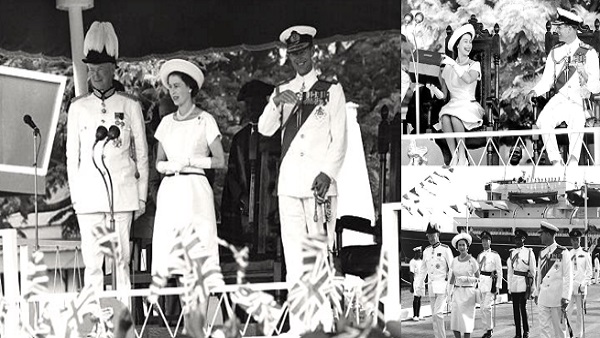 The suggestion that 1965 Constitution did not affirm the independence status of The Gambia is a misconceived interpretation of the constitution. While the 1965 Constitution had vested wider ranging powers in the Governor-General, a representative of Her Majesty, these powers were subservient to the legislative supremacy of the parliament which was established by the same constitution.

As the representative of the people, the parliament was well positioned to limit the powers vested in the Governor-General because it had the legislative supremacy to pass bill and make laws in accordance with Section 56 of the Constitution. To that end, The Gambia had attained independence since 1965 as opposed to 1970. The fact is that Gambians were put in charge of their own affairs by the constitution, albeit under the supervision the colonial power. Of course, it is reasonable to allow a transitional period for a major transfer of powers from one establishment to another. I think it was envisaged that the powers vested in the Governor-General would be just for the transition from colonialism to self-rule.

It is my assessment that 1965 Constitution replicated the constitutional arrangements of Great Britain in which Her Majesty serves as the head of the state, while the executive power remain vested in the prime minister. Indeed, the legislative supremacy of the parliament meant that sovereignty remained with ordinary Gambians not the queen or the king of Great Britain. Such power was very available or vested in parliament meaning parliament had the vested power to deploy it in all matters necessary in advancing the interest of Gambians.

The most fundamental principles that underpins a political constitution is legislative supremacy: meaning state power remain vested in the people through their representatives and parliament at its own volition can make laws to restrict the exercise of any power. This point was eloquently advanced by Albert Dicey, jurist and a passionate constitutional theorist in the following way: “[N]either more nor less than this, namely, that Parliament thus defined has, under English constitution, the right to make or unmake law whatsoever, further, no person or body is recognised by the law of England as having a right to override or set aside the legislation of Parliament”.

The same reasoning was upheld in the Case of Proclamations where Sir Edward Coke emphatically upheld the supremacy of the parliament over the king:
“The King hath no prerogative but that which the law of the land allows him.”
In reality the function of the monarch has long since ceased features in a significant way in British politics; as its constitutional roles were transferred onto to the executive whose powers are also restrained legislative supremacy of parliament.

While the epistemic community(academics, activists, campaigners, civil society) may argued that The Gambia was not political independent given the power vested in Her Majesty and her government by the constitution, legalistically, the greatest priority here must be given to the words of the law (lex lata) and purpose of those words. From the reading of the Constitution it seems crystal clear that The Gambia attained independence in 1965; as it was when she established her own constitution and parliament. Thus, the colonialists had no intention whatsoever to cling to power when the status quo was politically untenable in part due to the pressures asserted by the independence movements and the shift of interest of the hegemony powers.

The intention to hand over power to the Gambians is explicit in The Gambia Independence Act 1964 which preceded the 1965 Constitution as it sated the following:
“(1) On and after 18thFebruary, 1965 (in this Act referred to as “the appointed day” ) all those territories which immediately before the appointed day are comprised either in the Colony of The Gambia or in the Protectorate of The Gambia shall together form part of Her Majesty’s dominions under the name of The Gambia; and on and after that day Her Majesty’s Government in the United Kingdom shall have no responsibility for the government of those territories.

(2) No Act of the Parliament of the United Kingdom passed on or after the appointed day shall extend, or be deemed to extend, to The Gambia as part of its law; and on and after that day the provisions of Schedule 1 to this Act shall have effect with respect to the legislative powers of The Gambia.

(3) Subsection (1) of this section shall not affect the operation in The Gambia or any part thereof of any enactment, or any other instrument having the effect of law, passed or made before the appointed day.”

Clearly, Section 1 of aforementioned Act has given rise to two effects; on one hand, it maintains the supervisory role of the colonial power by way of Her Majesty’s dominions; on another hand, it gives full responsibility for The Gambia to manage its affairs. Section 2 undoubtedly provides solid support for self-rule as no UK law should be extended to The Gambia. From that point it reasonable to conclude that that The Gambia attained independence in1965. In fact, pursuant to the Westminster Statue 19 31, the word “domination” was denoted to fully independence states. Therefore, subjecting the authority of the Governor-General to Her Majesty does not take away the fact thatThe Gambia attained independent in 1965.

What we need to do here is to stay out of political legalism when giving proper legal effects to seminal legal instrument, such as The Gambia independence Act 1964 and 1965 Constitution. Because politics is rejected as competitive, egotistical and vague, politically loaded ideas tend to be ideologically driven, thereby inhibiting its (politics) ability to view law from an objective standpoint.

In contrast, law is neutral, objective and best orientated or driven by purpose and the intention of the maker, thus making it a more dependable protector of the societal interest. The political interpretation of law is likely to obfuscate the meaning and purpose of the law, so we must avoid such practice as it devalues the purposeful meaning of legal instrument with weighty constitutional significance.

For the reasons stated above, I believe that it will serve no useful purpose to make unjustifiable correction to a historical fact which has been settled. In doing so, we therefore risk creating false expectations which seems unnecessary so.