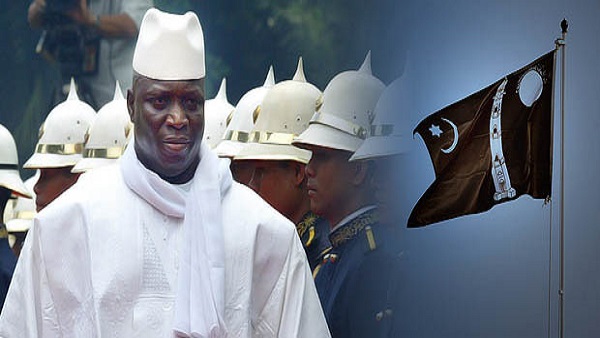 Nothing on earth is furthest from the truth than irresponsibility. Recently, Madi Jobarteh made a statement that “there is no sect that is as peaceful, productive and beneficial to humanity as the Ahmaddiya”.This is an ill-researched nonsensical claim.

Reading through his statement, it became very clear that Madi Jobarteh has arrogated to himself the role of an expert in a subject that is very difficult to master. It is therefore puzzling how he dared open his eyes and say such a diabolical lie, exposing his religious ignorance and limited knowledge of Islam. What does Madi know or what research did he carry out to justify his flimsy claim? Is that how one argues on such highly technical and spiritual subject. I am really disappointed in Madi Jobarteh, and if he has any regard for intellectualism, truth or honesty, then he should withdraw his irresponsible statement or present his empirical facts!

What is Madi’s development indicator as far as religion is concerned? Has he studied the activities of the Mouride sect, the Sufis, the Tijanis, the Ahlus Sunnah wal Jama’at, and the other sects who for a millennium and centuries have been contributingnot only to establishing peace, education and development all over the world, but also as pillars of ingenuity, research and discoveries across civilisations. Countless Muslim experts have contributed exponentially towards uplifting humanity well before the founding of the Ahmadiyya group (less than 200 years ago). So how dared Madi discredit all those groups and go on to make such an ungodly statement? I think it is time Madi Jobarteh stops tripping and put himself in proper gear when sensitive issues arise before going on to make glib statements.

Madi should desist from making irresponsible statements and be measured in his utterances and avoid igniting sensational debates that will further aggravate the wounds of our people. What is most important for everyone is that regardless of religion, Islam sees humanity first; thus the reason why Allah Azz wa Jal addresses his servants as “Ya ayyuha Nas” in many places in the Qur’an.

However if people with jurisprudential underpinnings collectively give their position on the Ahmadiyya, what expertise or authority does Madi hold in Islam to claim otherwise? Humans are equal before the law in all social dealings, but religion is a special domain guided by divine rights. Just like not everyone can just comment on health or prescribe medications for people, the same way not every Samba, Pateh or Yorro can talk about religion. I call on him once again to desist from such sayings and indulge himself in issues that engender peace and harmony among people, regardless of our differences.

There is a saying that we should NOT rectify fools, but I think now I perfectly understand why. I wanted to guide and educate Madi about the dangers of his ill-conceived and ridiculous utterances against the majority of Muslims, but sadly he took it as a challenge and fought back. As a student of Islamic knowledge, I knew what Madi was plunging himself into and wanted to help, but his misguidances clouded his senses. But to prove beyond measure that Madi was spewing garbage even in his response, I will pay D100,000 if he can show any unequivocal proof or statement from me claiming that the Ahmadis should be killed, as stated in his response.

I have the best working relations with Ahmadis and I’ve always dealt with them at official level on various occasions. I am never bothered about those petty things mentioned by Madi Jobarteh, however if someone is willing to irresponsibly misrepresent the fact with hidden motives like he does, then they shall be met with the stiffest challenge.”So bring ye your proof if indeed you are truthful”.Aodhu biLlahi mina shaitaani rajim!