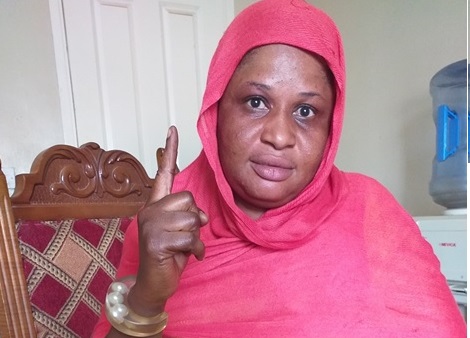 The 3 Years Jotna, a rapidly growing activist group calling for President Adama Barrow to respect his campaign promise to step down after three years, has demanded the resignation of Interior Minister Ebrima Mballow.

The minister was widely quoted at a recent Barrow fan club rally as saying that government has newly purchased a water cannon truck “that will spray hot water on anyone who resorts to rudeness”.

The minister was also quoted to have said the new water cannon was purchased for use on protesters who are bent on disrupting the peace and tranquility of the country.

But speaking to The Standard, Fatou Conta, the PRO of the movement, said minister Mballow’s remarks were “reckless and dangerous,” and called on him to immediately vacate the public office he is holding.

“Mr Mballow should be arrested, or at least sacked for threatening the Gambian people.

Imagine a cabinet minister threatening Gambians that they have bought hot water to pour on them.

Such a person is not fit to be a Gambian minister. He is not qualified to run that office,” Fatou Conta told The Standard.

She went on: “This matter is in fact bigger than just the 3 Years Jotna movement because the minister said ‘the citizens of The Gambia’, so his threats were directed at the entire people of The Gambia because other groups could also come out demanding changes from this government who would be targeted by these things he is talking about. I think if he fails to apologise to Gambians for these reckless comments, then he should resign”.

She said there is so much ignorance in minster Mballow’s statement that one wonders whether he has any experience from his supposed security background.

The PRO warned that their movement will not be “intimidated” by any government official, and that government can bring in “fire tanks,” but that will not shake them off.

“We will not be intimidated.

Gambians will not be cowed into cowardice anymore.

Let Mr Mballow not stop at hot water tank, let him bring hot fire tank, that’s when he will realize how determined we are.

We are not afraid of this government that we ourselves put into office by our own hands.

“I want to tell the sons of The Gambia to have faith and belief that if our government failed to respect the commitment they made to us, a commitment that compelled us to vote for them, then in December 2019 we will make vows to be true.

Nothing can stop this three years from happening and Mr Mballow should think of resigning from now.

Did we not have enough threats already from the past government of Yahya Jammeh?”, PRO Conta concluded.