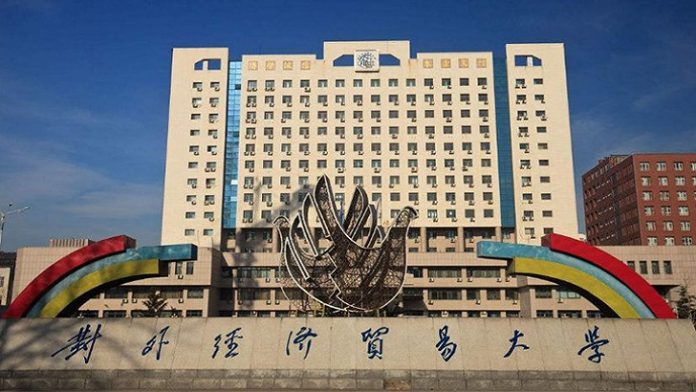 By Muhamed A Badjie

Apparently, some people in The Gambia have been spreading falsehood about the People’s Republic of China. They have been misleading the public by spreading false information to tarnish the image of a great friend of The Gambia. This is rather unfortunate. We need to focus on the most essential and avoid the distractions.

The People’s Republic of China, a country that has always fascinated me. I was fortunate enough to have been in a school where we were taught the history and geography of the world. When it comes to China, we were mainly taught about Sun YatSen, Mao Zedong, and Deng Xiaoping. We heard the inspiring and motivating stories of young Chinese that created robots, and made watches. We were taught of their level of discipline, the cultural differences and the food, etc. I have been following China since then because their system amazes me. I followed the news and observed the different policies of Jiang Zemin, Hu Jintao and President Xi Jinping.

In 2019, I was given the opportunity to further my studies in this renowned country that is on the rise. I did not know what to expect, so I psychologically and emotionally prepared myself for the worst because I had bitter experiences in another country. I watched few videos, but I saw that some people said positive things and others said bad things about the country.

So I stopped watching or worrying and I said to myself that I will have my own experience. When I came to China, I observed that people are mostly focused on their phones, and they mind their business. Old people and children mostly look at you curiously because of the apparent differences. Even the pets act differently towards you. When you smile and say “Hi”, some of them approach you and start speaking Chinese. Some will kindly want to take pictures with you. You feel like a celebrity. In The Gambia, the same thing happens with “toubabs”, Asians, Arabs. Life was normal. I try different Chinese Halal food almost every day. The Chinese experience has been great for me. I went to places, tried to integrate into the society and also made new friends. The people I met so far are very nice and open. On the news I see and hear horrible things about China, but I have never felt so great in an environment. My experience in China has been amazing so far. I can see how the government is making efforts to protect the environment and ensure that people are healthy and safe. I freely moved in the streets of Beijing without worrying because they are secured and people are so organized and disciplined.

Fast forward, in January 2020, I learned about the COVID-19 outbreak. People panicked and some even left the country. Many bought groceries and provisions. I kept my cool because I was confident that the authorities will take all necessary actions to contain the virus and keep people safe. I was neither in support of people leaving the country nor in support of the evacuations carried by foreign countries. The level of discipline, patriotism and commitment of the Chinese people assured me. The University authorities took necessary measures to ensure that we are safe and healthy. As the situation got more serious, we were informed that we were going to be on lockdown on campus until further notice. We were sensitized about COVID-19, advised to avoid gathering, stay indoors and given face masks. Our temperature is checked twice daily(mornings and evenings). I informed two Chinese citizens (One at the Chinese Embassy in The Gambia and one at my University) that I would like to volunteer to help in the fight against COVID-19. I was advised to stay healthy and safe. The Supermarket on campus is still open though at times it lacked all the necessary items we need. It is understandable because we were going through different moments when almost everything was shutdown. What always strikes me is the level of discipline, devotion and consideration of the Chinese (University authorities, lecturers and students) that are on lockdown with the rest of the foreign students. My University authorities also allowed two canteens to reopen so that students that cannot or do not want to cook can buy safe food.

A friend of mine complained many times about being disrespected by Chinese people he interacted with. Whenever I accompanied him to sort out matters, I noticed that his communication with those Chinese was poor. He arrogantly talked to them without even greeting them. So I always fixed such situations with a smile and greetings in Chinese. Understanding people’s culture and way of life is very important.

One day, I was walking with a black friend, and he was narrating negative stories about Chinese people. He told me things that I could not understand. I mean he sees racism everywhere. So while we were walking, there was a lady with her child in front of us. She looked at us and moved him to the other side out of respect for us. But my friend unfortunately saw racism and that is when I started to comprehend his lack of knowledge of Chinese culture and his negative nature.

There was also a day when another friend went out without his face mask. He claimed that he forgot to wear it. When the security officers saw him, they chased him with their vehicle. He ran away and escaped.
Another day, I went to the canteen to get food. As I got to the gate of the canteen, I found a black guy who was stopped for not wearing a mask. He claimed that he forgot it. He was kindly requested to leave the place and was not granted access.

Another day again, I was at the counter of the supermarket and a foreign student came in with his mask on his chin. He was kindly requested to wear it. He cooperated, his temperature was taken, and he was allowed in.
The behavior of these few people make the majority look bad. They cause lot of unnecessary trouble and when action is taken by the local authorities, it blows out of proportion.

Nonetheless, unfortunate incidents happen sometimes, and they are taken out of proportion. They are the “rotten potato that spoils the rest”. No society or man is perfect. China has taken the fight against COVID-19 very seriously because it is a killer. At my University, foreign students have been complaining that they are tired of the lockdown, and they would like the gates of the University to reopen to enable them to go out, ignoring the efforts being made to keep them safe. Currently, the situation in China has improved. From the barricade of the University, I can see people moving and businesses reopened. People are back to their normal lives and activities. We are still on lockdown because the authorities feel like they have the obligation to protect us as foreign students.

The way The Gambia for instance is handling the pandemic worries me compared to what I am experiencing in China. People are not taking it seriously. The State of Public Emergency is not even followed compared to the one that was declared during the impasse in late 2016 for instance.
I fancy China’s success which I think is mainly based on the discipline, hard work, dedication and patriotism of its great citizens.

Muhamed Amin Badjie is a Gambian civil servant currently pursuing his Master’s Degree in International Relations at the University of International Business and Economics in Beijing, China.

By Batou Saidy My sailing in the ocean of unspoken life realities is on a bandwagon. Your readership is keeping it alive and active, making...
Read more
Perspective

The so-called Final Draft Constitution was prepared by members of the Constitutional Review Commission and on the 30th March, 2020, its Chairman, Justice Cherno...
Read more
- Advertisment -