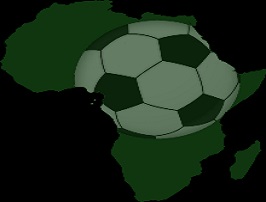 The Nations Cup began in some style on Friday evening, as African football finally began turning its attention back to the pitch Rarely has the Confederation of African Football been more desperate for African football to do the talking on the pitch.

In recent months, the continent’s governing body has found itself increasingly embattled, with Caf officials being dismissed—seemingly on a whim—amidst bribery allegations, with accusations of the misuse of funds, and with an increasing scrutiny on the tenure of president Ahmad Ahmad.

The Malagasy football administrator ushered in a wave of positivity after being elected in the stead of his predecessor, the antiquated Issa Hayatou, in March 2017, yet to date, the jury’s out on his tenure.

Decisions to expand the Nations Cup to 24 teams and to shift it to June and July—from its traditional timing of January and February—was a bold move, but increasingly began to be seen as the new man attempting to lay down a marker, rather than a reasoned strategic approach.

The switch—which came despite the 2019 qualifying campaign already being underway—ultimately led to Cameroon—already appointed as hosts—being stripped of the tournament following a saga in which external auditors were brought into the country to assess their viability to accommodate 24 teams rather than the anticipated 16.

A backdrop of internal strife and political turmoil in the Central African country hardly helped—or perhaps made Caf’s ultimate decision a little easier—and a final, fatal decision for Cameroon was taken in November 2018.

Egypt saw off South Africa —emphatically—to host the tournament, only six months ahead of the kick-off, and you can imagine Ahmad breathing something of a sigh of relief when the competition was moved to Caf’s home city (the organisation’s headquarters is in Cairo).

However, in subsequent months, the president has been accused of cosying up to the Moroccan federation, and of being a puppet of Fifa President Gianni Infantino.

But still, no one expected the fiasco that enveloped the Caf Champions League final second leg between Wydad Casablanca and Esperance on May 31, when Ahmad was forced onto the field of play to implore the Moroccans to resume the match after it had been halted—in protest—after the referee refused to use VAR to reassess a goal that had been ruled out.

It ultimately emerged—and Caf really didn’t need anyone calling their competency into question—that the VAR equipment hadn’t been delivered in time, although there are differing reports as to whether the teams were made aware of this before the match.

As if Ahmad’s week couldn’t get any worse, he was detailed by the French police and questioned in relation to corruption charges, before later being released without charges.

Fifa deemed fit, subsequently, to appoint Fatma Samoura as ‘Fifa General Delegate for Africa’ in a move to improve the continent’s football governance.

Ahead of the Nations Cup, from a media point of view, the inability of Caf to hand out accreditation in piecemeal, and not to respond to some requests until the days before the tournament—one journalist from a British broadsheet was refused entry to the opening match as his demand was still ‘pending’—has proved to be yet another stick to beat them with.

Amidst this backdrop, and underneath the watching eye of Egyptian president Abdel Fattah el-Sisi, Ahmad, Caf, and anyone concerned for the well-being of the continent’s favourite sport, will have been desperate for Friday night’s opener between Egypt and Zimbabwe—and the opening ceremony that proceeded it—to have transformed the narrative.

It certainly did that.