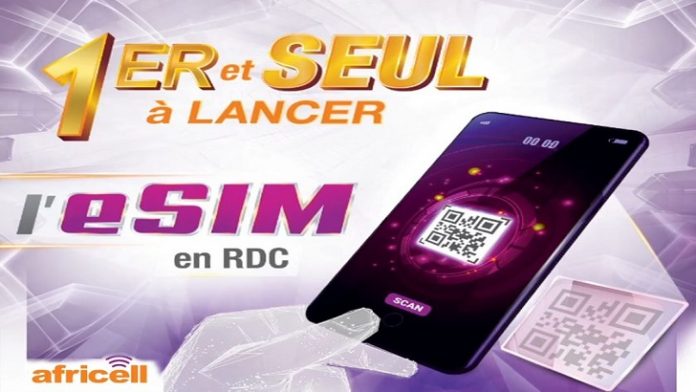 This new eSim card is an electronically embedded SIM card which will not be physically seen or touched like the current ones but works similarly or even more efficiently.

The launching was held at their head office along Kairaba Avenue.

Musa Sise of the directorate of cooperate affairs and media consultant said the new development is a novelty, adding that so far only Africell’s network supports the eSim in this country.

“In fact there are very few networks using it around the globe.

“In The Gambia and West Africa, only Africell network supports the eSIM”, he said.

He added that eSIMs have the potential to eliminate roaming charges abroad as it will also enable people to switch operators quickly to get connected if they’re in an area with no signal.

“It frees up space for new features or additional battery life and could lower the risk of device theft among other things.”

Hussein Diab Ghanem, operations director said The Gambia is a special place and the first of the Africell group’s company operations.

“When we started the Gambia was considered to be the smallest but the amount of data we pumped in the Gambia now surpasses the other places we operate in Congo and Sierra Leone, suggesting that Gambia is even more ready to move into high tech future than we realized,” he said.

This, he said has taught them never to underestimate, but always look ahead and always be ahead of their competitors.

“The eSim is something that is going to get rid of the physical sim card.

We are looking into the future because we should not underestimate where technology is going to lead us,” he remarked.

Currently it works only on some types of phones such as IPhone XR, XS and XS Max as well as the Pixel phones.

“However we are sure that it is only a matter of time before it will become common place as more and more phones are made to accept it ,” Musa Sise said.