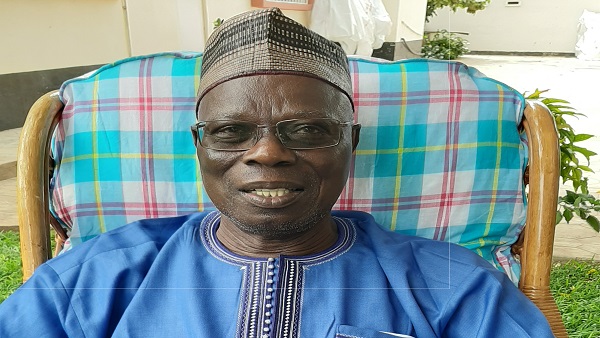 The Attorney General and Minister of Justice and the Independent Electoral Commission, represented by principal state counsel K Tah and Barrister Kebba Sanyang, have urged the Supreme Court to dismiss the suit filed by the leader of the Gambia For All party, Bakary B Dabo and four other Gambians relating to the amendment of the electoral provisions in the 1997 Constitution.

BB Dabo, Cherno MN Njie, Pa Samba Sadaga Jo, Jeggan G Grey-Johnson and Sidi Muhammed Sanneh, filed a suit before the Supreme Court to make a declaration that the amendments of section 17 of the Elections (Amendment) Act 2015 are unconstitutional, null and void.

These applicants are also seeking a supreme court order to strike out section 105 (1) e, f and g and subsection 2(f) (i) and (j) of the Electoral Act as amended by section 17 of the Elections (Amendment) Act 2015.

They also want an order for the Supreme Court to direct the Independent Electoral Commission (IEC) to register Gambians living outside the Gambia to enable them participate in all public elections and referenda.

The plaintiffs contended that it is onerous condition to require all political parties applying for registration after the commencement of the Elections (Amendment) Act 2015 to pay a registration fee of one million dalasi and to submit a declaration signed by at least ten thousand registered voters with at least one thousand members from each of the Administrative Areas in the country.

They also contend that this condition is discriminatory as it does not apply to the political parties that have been previously registered.

The applicants disclosed that they are all Gambians by birth and both of their respective parents were Gambian nationals at the time of the birth of each of them.

BB Dabo noted that he has been living outside the country from 1994 to 2017, although previously resident in the UK but he is the founding father of ‘Gambia For All’, political party registered in January 2019.

During Thursday’s sitting of the Supreme Court, plaintiffs’ counsel, Lawyer Hawa Sise Sabally submitted that the amendment of section 17 of the Electoral (Amendment) Act 2015 was made in excess powers of the National Assembly and it also discriminate against the applicants on the right to vote and be registered as a voter.

She submitted that her clients are citizens of The Gambia and therefore they have right to enjoy their political rights guaranteed by section 26 of the Constitution.

She accordingly urged the Supreme Court to grant the applicants’ request.

Lawyer Kebba Sanyang submitted that since the amount of a million dalasi was fixed for the registration of political parties so many parties have registered with the IEC and none of them complained.

He submitted that elections are expensive and that a lot of things have changed, citing the production of election materials, logistics amongst others.

He disclosed that 8 new political parties have so far registered after the said amendment was made and the applicants cannot complain that they have been discriminated against.

He therefore urged the Supreme Court to dismiss the suit in its entirety noting that it lacks merit.

Judgment was adjourned to sometime in January, 2021.