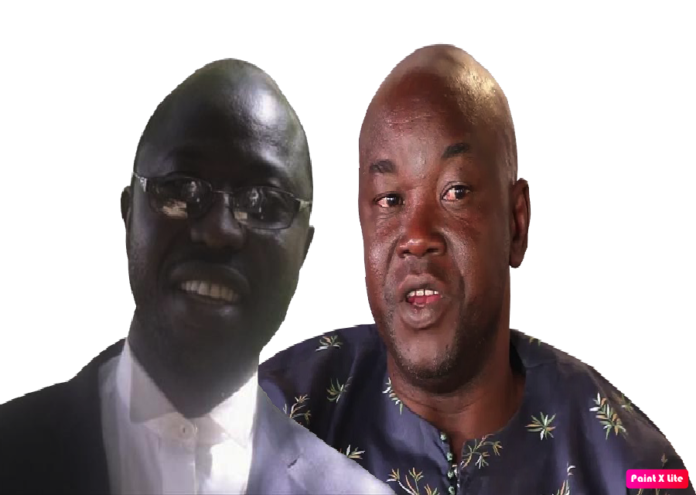 Dodou Sanno, an adviser to President Barrow, has challenged lawyer and politician Assan Martin “to come out with proofs” over his allegations that the president and his government are mired in corruption.

Lawyer Martin told The Standard on February 5th that Gambians should not give President Barrow a fresh mandate when they go to the polls in December because of a litany of failures, top of which is rampant corruption.

Reacting to Mr Martin over the weekend at the headquarters of President Barrow’s National People’s Party of which he is an executive member, Mr Sanno countered: “I am challenging Assan Martin as a lawyer to come out with evidence which can show to the Gambians that there is corruption in the government. Let him point his finger to any government department or any person working in the government engaging in corruption.  Before he says something, he must have evidence for it. Maybe he himself is part of the corruption he is talking about.

“If he wants people to trust him as a lawyer so that he can have more clients, let him stop peddling false statements. Gambians are now fully aware and they know who is a professional lawyer and who is not. If Assan Martin is a lawyer by profession, let him leave the government and concentrate on the affairs of his clients. We want constructive criticisms and not just people saying things because they want to be heard.”

On Mr Martin’s call for NPP to disclose the source of funds with which they procure fleets of brand new pick-up trucks, Mr Sanno reacted: “If Assan Martin is a good lawyer, and he is willing to know anything regarding NPP’s vehicles, I think he should launch an investigation in every government department to find out whether even a single butut is missing [and given to NPP]. I want to tell him that there are people in this country who love the NPP, President Barrow and the country. These people are in the party, they have money and they are willing to sacrifice by spending their money on the party in support of President Barrow.  We have nothing to do with state funds. President Barrow doesn’t need government funds. If Assan Martin wants to know that let him go and ask government officials whether President Barrow has ever asked them for even a single butut for the NPP.”

Mr Sanno said they were informed that Assan Martin had been “lobbying for something in Barrow’s government and when he failed to get that, he started making all these noises”.

“His fellow lawyers are doing their job, but he is the only one criticising the government while the government is not even aware of him. Gambians know  what President Barrow is doing and they appreciate him for that. Gambians will never listen to Assan Martin as he is a failed lawyer who does not even have clients. He is just wasting his time. President Barrow is not a failed president,” he added.