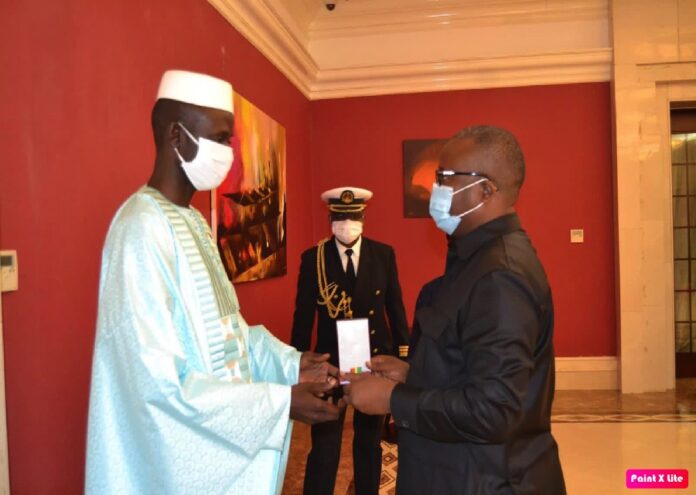 In recognition of his impressive service in strengthing bilateral relations between The Gambia and Guinea Bissau, Ambassador Alieu K Jammeh has been conferred with a prestigious award from the president of Guinea Bissau, Umaro Sissoko Embalo.

The award “Medal of National order of Merit of Cooperation and Development for Exemplary Achievement”, is testimony to the character by which Honorable Alieu K Jammeh has been known for in his selfless service in the public space.

The former youth minister was appointed Ambassador Extraordinary and Plenipotentiary in 2018 and posted to Guinea Bissau with concurrent accreditation to Guinea Conakry and Cabo Verde.

He has been recently redeployed to Sierra Leone as The Gambia’s High Commissioner as well as Ambassador to Cote d’Ivory and Liberia, respectively.

Speaking on the award, Ambassador Jammeh: “I am humbled by this recognition and wish to dedicate it to the staff of the Embassy in Bissau for without their support and cooperation, we would not have been able to register so many successes in the short period of time that I have been Ambassador in Bissau. We focused on the areas that matter most in building long lasting relationships between peoples and countries.”