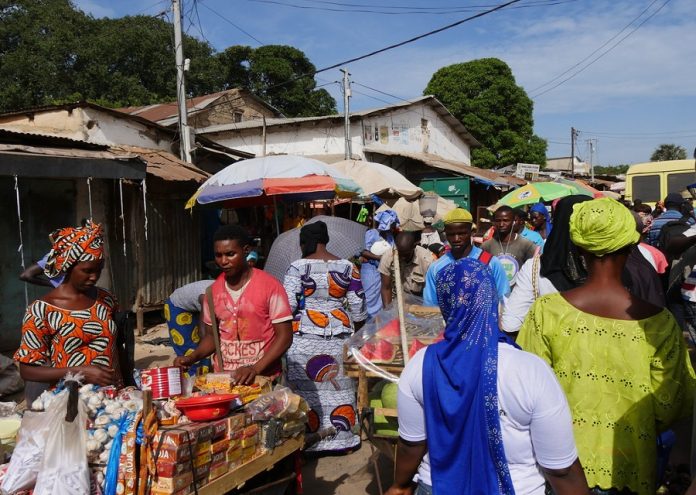 Business owners within the Greater Banjul Area have been speaking to The Standard over their fears of the impact the 3 Years Jotna protest could have on their commercial enterprises.

Massive protests are being planned for December, to force sitting President Adama Barrow – who expressed desire to remain in office for five years – to respect a Coalition agreement of a three-year term and relinquish power.

The Gambia Chamber of Commerce and Industry, GCCI had earlier warned that such protests could wreck the economy.

Now business owners too have weighed in on the development, expressing concerns.
“Not everybody that takes to the street is in for a peaceful demonstration,” Molamin Jawara, a fashion shop owner at the Serekunda market, told The Standard.

“Some are bandits among a crowd who would just manage to steal or destroy people’s property,” he said.

He surged Gambians to realise that if the nation gets desolated, it would take us many years to rebuild.

He said businesses will suffer even further including breadwinners like himself.

“If president Barrow refuses to step down in December, Gambian people should remain patient and wait for the

elections to exercise their rights and vote for their choice,” he advised.

Fatoumata Njie operates a beauty parlour in Serekunda market, but she already has plans to move to neighbouring Senegal until at least after December.

She said she is aware of the grapevine surrounding the 3 Years Jotna protest and its impact.

“I cannot bear to see what I worked for over many years be destroyed in a day. If demonstrations should happen in December, it will be tough,” she said.

She thinks Gambians should exercise patience because “five years is just at the corner”.
“We should avoid destroying lives and properties,” she added.

“There are even rumors that some people are planning to attack the banks if December comes. But Gambians should know that it is at the loss of the whole country not president Barrow alone.”

Alhagie Kebba Jallow, who sells building materials, advised the president of the Republic: “Barrow should consider the pain Gambians went through over the last 22-years of the dictatorial regime of Yahya Jammeh, and respect the will of the Gambian people.

He did not elaborate on what that will was, however, he added: “Many criminals are in the country, even foreign nationals, who are only waiting for December to be a month of conflict for Gambians, and then pounce on our lives and businesses, looting everything.”