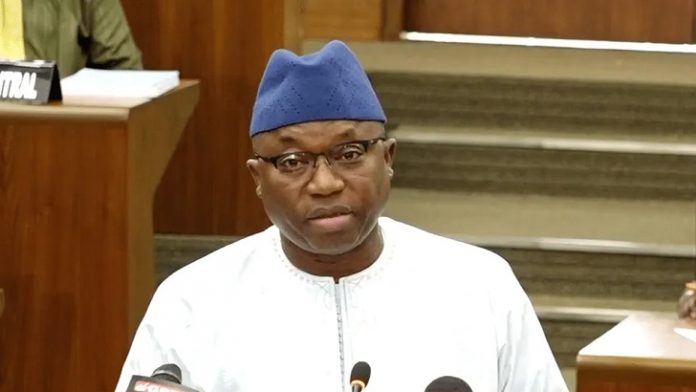 The mover of the bill, Alhagie Mbowe told the members that the supplementary estimate 2020 was tabled by the finance minister on Wednesday 8th July 2020 in accordance with Section 153 of the constitution which states that subject to section 154, if in respects of any financial year it is found that the amount appropriated under the appropriated act is insufficient or that a need has arisen for a purpose for which no amount has been appropriated by that act, a supplementary estimate showing the sums required shall be laid before the National Assembly before the expenditure has been incurred.
Mr Mbowe submitted that his committee conducted a review, and further invited the Minister for Finance and other ministers to clarify issues pertaining to the supplementary estimates.

He said his committee is of the view that the supplementary estimates are meant to cater for Covid-19 and other related activities, including salaries of some public enterprises and local councils that are in arrears of salaries due to the pandemic.
He added that the submission has met the requirement under section 153 of the 1997 Constitution.

According to him, his committee considered items deleted from the supplementary estimates such as humanitarian relief D845,000,000.00, Procurement of medical equipment D500,000.00, Construction of mausoleum D15,000,000.00
The committee argued that since the sums for humanitarian relief and procurement of medical equipment and supplies were already spent, they would be removed as it was against section 153 of the constitution. Similarly, the committee also recommends that the cost for the construction of the mausoleum be deleted and deferred to the 2021 budget.