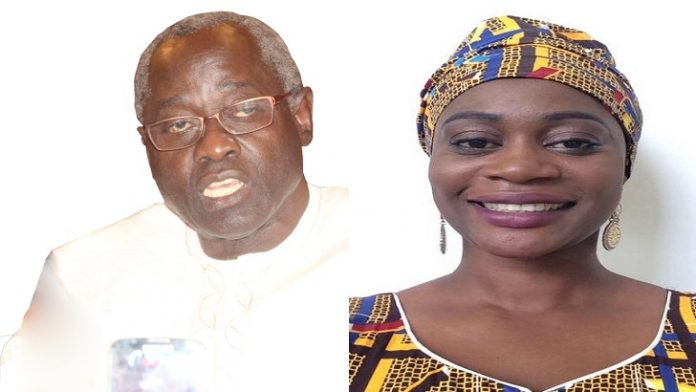 The National Assembly is still considering a proposal made by President Barrow to appoint former army Commander Njie as army adviser.

The president wants Njie to serve on the Armed Forces Council to advise the government on security-related matters but some lawmakers have expressed reservations about his track-record as a former Gambian army chief as well as his academic credentials.
The matter was referred to a parliamentary committee to examine his credentials.
And on Thursday, the committee presented its findings and recommendations to the parliament for a parliamentary debate.

Halifa Sallah of Serekunda suggested that the removal of retired Col. Momodou Ndow Njie from the Gambian army in 1992 was a friendly one with no element of distrust.
Halifa also warned lawmakers to be cautious of the dangers of creating an atmosphere of distrust and war between the executive and legislative arms of the government as Parliament remains divided on the appointment of Col. Njie to the Armed Forces Council.

In his contribution to the report, Sallah hinted that any refusal for the confirmation of Col. Njie’s appointment to the council must be concrete and not speculative. He added that actions of parliamentarians must be dictated by national interest and based on conscience.
According to him, in the rejection of any appointment by the President, legislators must be in receipt of helpful information.

“But if we’re simply saying President…what you’re saying we would not agree with it; we are not confirming and that President is not convinced, then you create a war between the executive and legislative power.
“And executive power will believe that it is my duty to perform but you are injecting in my own armed forces some elements of distrust…maybe you have a motive of some form of destabilization.”

Sallah maintained that the parliamentary committee was satisfied with Col. Njie’s credentials and in fact recommended the assistance of the House to that end.
Sallah argued that he needed some convincing from legislators about the allegations of impropriety against the former army chief.

“He was not the vault controller. Allegations must be based on conclusive evidence and from the court. We are dealing with the lives of our citizens and our actions must be in the interest of our citizens. I am not convinced that the person’s [Ndow Njie] integrity is in disrepute,” he posited.

“What I saw is a national honour from France. We must be fair to our citizens and celebrate their honour. Why was he removed in 1992? That will be speculative.”
However, Ya-Kumba Jaiteh has a different view.

Jaiteh contended that considering the myriad of allegations against Col. Njie by TRRC witnesses, his nomination to serve in the council should be delayed. This, she went on, would not only help Parliament make informed decisions about Njie’s appointment to the Armed Forces Council but will also underscore the significance that the House attaches to the truth-telling body.

“Even though TRRC reports are allegations, lets wait for the report [recommendations]. If Mr. Njie or anyone adversely mentioned by the commission, it is important, especially for Parliament because these are commissions we set ourselves, to give them regard,” she added.

She argued that revelations from the TRRC should not be jettisoned.
“We cannot disregard things we’ve heard from the TRRC. If we feel their recommendations are not important, why pay millions into the TRRC?” Ms. Jaiteh queried.
She cautioned against having an adversely mentioned person sitting on the council without waiting for TRRC recommendations.