Bakau warns allottees not to touch land given by gov’t 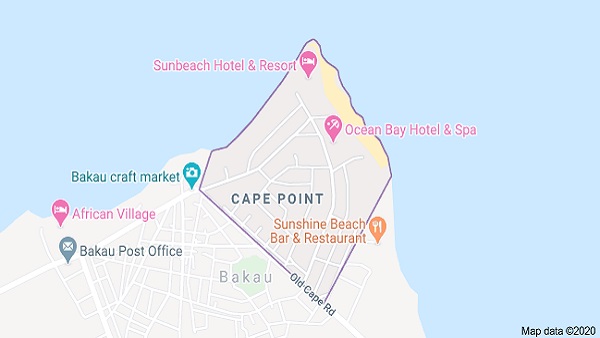 The people of Bakau under the aegis of the Bakau Community Development Committee have warned Banjulians who were recently allocated compensatory plots in the Cape Point Extension Layout to “stay away” and not “erect even a single brick” in the allocations granted to them by government.

In a press statement issued yesterday, the committee stated: “A petition letter captioned Cape Point Extension Layout and dated 20 August 2018 was addressed to the Ministers of Local Government and Lands; Works and Infrastructure; and Finance and Economic Affairs, respectively. It requested for a compensation for Bakau Community lands allocated in 31 plots to Banjul Half-Die residents affected by the port extension.

“The affected residents were collectively compensated D67,360,490 (list available for reference) and a plot of land each at the Cape Point Extension Layout (Katchikally area) and water and electricity extended for them by Nawec for D2,573,675.It should be noted that most of the beneficiaries sold their plots, without restriction, and did not relocate there as intended by the authorities who made that decision. Bakau community was never consulted or compensated for the prime land taken from them for state use or public interest. Several attempts were made to sensitise the previous administration on the Bakau community’s compensation, but there was no response. The community felt punished and deprived of their land without compensation while the Half-Die residents were doubly rewarded.

“The former regime, which prides itself on impunity, treated this act of injustice by failing to compensate the deprived community and enriching resettled or compensated beneficiaries.

The unallocated plots were also never returned to the community. While the expansion of the Banjul Port is no doubt a noble national cause with important social and economic benefits, the overarching objective should not give rise to gross injustice for another section of the Gambian population. Citizens deserve equal treatment before the law and equal respect by the authorities in whom they entrusted the exercise of public power as a great trust. The lowest common denominator that should guide the action of a responsible government is to ensure that citizens are treated fairly, justly and respectfully. Bakau has borne the brunt of injustice in matters of land for far too long and this must stop because land is a finite resource especially for a disadvantaged urban community.

“This year, another state use or public interest was decided on the remaining 27 plots at the layout used for the first compensation. Several property owners near the port facility were compensated with millions of dalasis for another port extension. These beneficiaries were again allocated the remaining 27 plots. This shows a total disregard for the welfare of the Bakau community, who were not treated fairly in the first scheme. There is apparently no intention of remedying the injustice of several years ago. That adds to the growing land discontent in the country.

“The Bakau community suggested that the government should search for land elsewhere this time. The community also needs the land, which should be allocated to the Bakau community. That will show compassion that was lacking in previous decisions. It is high time the state treated citizens as natural beneficiaries of public trust.

“In a recent Bakau Community Development Committee meeting, it was resolved that no beneficiary of the remaining plots will be allowed by the community to erect even a single brick in the plots identified until the Bakau community compensation request is adequately addressed. The beneficiaries are further warned to stay away from the land in Bakau and to realise that Bakau is a small part of The Gambia, just like Banjul, and it needs to decongest its indigenous inhabitants who have been victims of state injustice for more than four decades. The community equally appeals to them and the authorities to understand the plight of the heavily congested Bakau residents and to avoid worsening their misery.”