Banjul Mayor gets international plaudits for fight against Covid-19 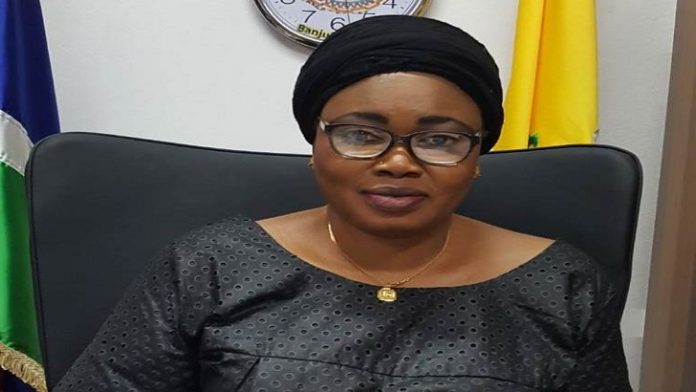 The Banjul City Council under Mayor Rohey Lowe has gained the attention of the United Cities of Local Governments (UCLG),an umbrella international organisation for cities, local and regional governments, and municipal associations for its efforts in the global fight against the Coronavirus pandemic.

In its newsletter published on 30 April outlining and appreciating the actions carried out by African local authorities in the fight against the spread of the Coronavirus, the BCC’s female mayor Rohey Malick Lowe made it to the front page of the newsletter forher fight against the pandemic in the city.

The newsletter noted that like the medical profession, local governments are also on the frontline in the fight against the spread of the Coronavirus and in the context of decentralization, it is the responsibility of local authorities to ensure that basic services in towns and cities are effective.

The article further emphasized that on the African context, local governments are stepping up awareness-raising activities amongst the population, in some cases taking to stop the spread as well as working together with central government.

Since the outbreak of Covid-19, Mayor Lowe and the BCC have been on their feet helping in the fight to contain the spread of the virus and supporting the government treatment centre at the Banjul sanatorium, a place she reportedly visits very often.
Mayor Lowe has also embarked on a disinfectant exercise at Albert Market, schools and public buildings in the city and carried out Operation Feed Banjul, which impacted a lot of households in the city.

The UCLG referred to the April 2020 statistics provided by the African Union which showed that 55 countries were affected, with more than 23,000 cases and 1, 00 deaths.
The responses of cities, local authorities and national associations of local authorities in the fight against the global pandemic, are varied according to their context and that Mayor Lowe and her team’s contribution needs to be emulated by other local authorities in the country.