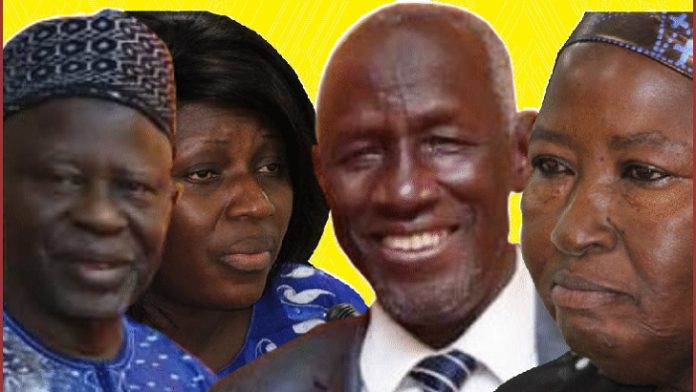 After three years of speculation both within and outside The Gambia, The Standard yesterday obtained evidence that President Barrow had actually pardoned Ousainu Darboe and 38 others.

Lawyer Darboe and 18 other UDP executive members were arrested, tried and sentenced to three years’ imprisonment in July 2016 for taking part in an “unauthorised” demonstration demanding the release of their youth leader Solo Sandeng “dead or alive”, who died in the hands of the security forces.

At the peak of former president Jammeh’s dictatorship and barely four months to what would be a decisive election, Ousainu and his executive members were rounded up in the streets and detained, before being charged and subsequently jailed.

Ousainu and his colleagues would spend only the preceding four months to the election in prison, and were swiftly released on bail just five days after the historic 2016 election.
He would go on to become foreign minister and then, later, vice president but since relations soured between Barrow and Darboe, there was persistent speculation that Ousainu was not pardoned, with some Barrow supporters cruelly suggesting that he should be sent back to prison since he was on bail, having blamed him for causing rift in the government.

Whether Darboe and his colleagues were pardoned or not remained an in exhaustive topic.
Now though, The Standard has come across a 2017 Government Gazette, which published that President Adama Barrow has actually pardoned Ousainu Darboe and 38 other prisoners.

The pardon was proclaimed on 30 January 2017.
The pardon legally only stopped Darboe and colleagues from finishing their prison term, without actually erasing their conviction which caused an eligibility issue for Mr Darboe under the 1997 constitution, prompting him to challenge the conviction at the Supreme Court.

The Supreme Court however ruled that the Public Order Act, under which Darboe and his colleagues were changed, was constitutional.