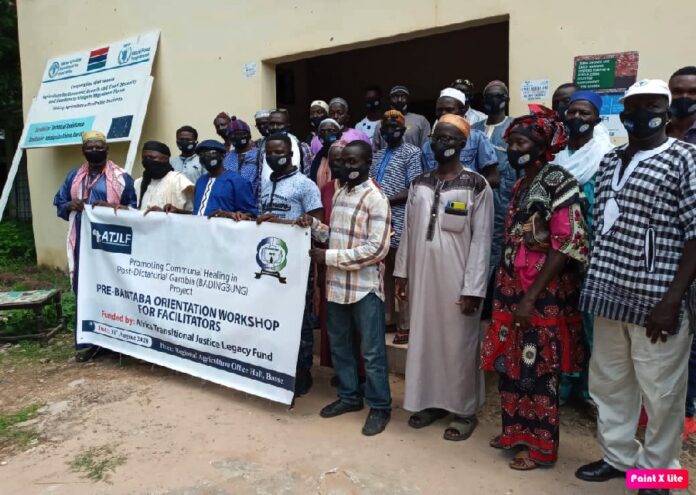 As part of its relentless efforts in promoting human rights and sustainable peace in communities, Beakanyang, a local NGO recently launched an initiative called Badingbung.

According to officials, Badingbung is a local word meaning family house which seeks to use the family setups to resolve conflicts, seek for justice for victims of human rights violations and promote reconciliation.

To ensure effective community participation and ownership, a daylong orientation workshop for programme facilitators was recently held in Basse.

According to him, the programme is also aimed at providing community platform for victims of human rights violations to narrate their stories and encourage perpetrators to accept the truth and seek for forgiveness from their victims.

“It also seeks to restore broken relationships in targeted communities while advancing human rights,” he noted.

Speaking earlier, Mr Yaya Sumareh, Board Chairperson of Beakanyang said the orientation targets prominent personalities in the region who were carefully selected through a vigorous process.

He thanked the Africa Transitional Justice Legacy Fund for funding the Badingbung initiative.

Speaking on behalf of the Head Chief of Basse, Mr Jewuru Kruballly thanked Beakanyang for the laudable initiative noting that such initiatives could promote sustainable peace in the communities.

They all promised to live up to expectation while reaffirming their commitment to working towards the success of the Badingbung initiative.