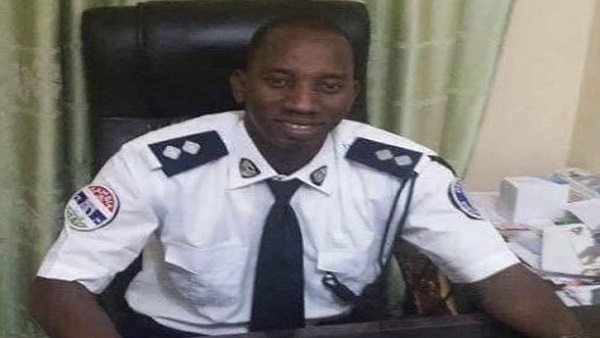 Police Superintendent Muhammed Kanteh was yesterday acquitted and discharged on a no-case to answer submission made  by his legal counsels Lamin S Camara and Lamin L. Darboe.

Kanteh was charged with neglect of official duty. It was alleged that on Sunday the 26th of January 2020 at the Brikama Police Station whilst on duty in charge of police standby personnel in readiness for the permitted protest of Operation 3Years Jotna Movement, he left his duty post to attend to his two brothers who were admitted at the Serekunda General Hospital. He pleaded not guilty and the prosecution called six witnesses and tendered documents, which were admitted as exhibits in proving its case against the accused person.

The trial magistrate asserted that at the close of the prosecution’s case lawyer L.S Camara opted to make an application for a no-case to answer submission and the application was granted.

He further disclosed that the sole issue which stands for determination was whether the prosecution has established a prima facie case against the accused person to warrant him to open defence or not.

He revealed that Section 166 of the CPC enjoins his court to evaluate the evidence of the prosecution after the close of its case to see whether the prosecution has sufficiently established a case warranting the accused persons to open his defense.

Magistrate Che stated that the evidence of the prosecution must have been thoroughly discredited under cross examination that no reasonable tribunal will convict on it, adding that   PW1 and PW3 statements at the police were at variance with their statements in court.

He pointed out that the defence succeeded in bringing out contradictions in the prosecution testimonies under cross examination.

Magistrate Che disclosed that the investigation was porous as well as the presentation of evidence.

He noted that the case was a classic case of shady investigations whilst the evidence was improperly presented as the court cannot rely on sketchy investigations to arrive at a conviction.

Magistrate Peter A. Che stated that the charge was ill-conceived and pointed out that the Attorney General’s Chamber could have done a proper job in rendering a professional advice.