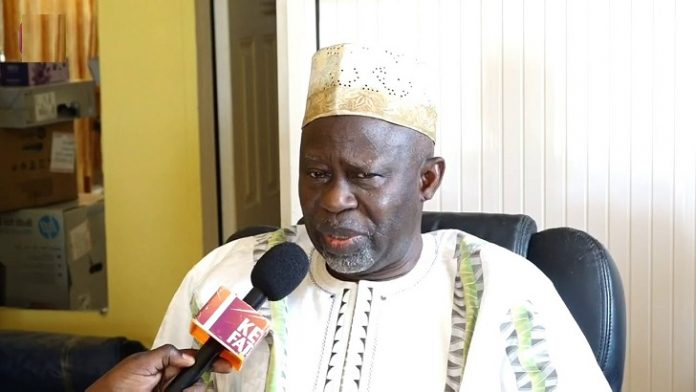 The United Democratic Party (UDP) has said it has now taken up the task of sanitizing the country’s political space by employing means that would discourage politics of insults and smear mongering.

The leader of the UDP, Ousainu Darboe, caused quite a stir in some quarters early this week following confirmed reports that he had filed a complaint against a supporter of his former political prodigy now turned rival.

Police confirmed that the veteran politician on Monday lodged a complaint against a certain Fatou Sumareh at the Kairaba police station for insulting and abusing him in a WhatsApp audio.

Ms. Sumareh is a professed supporter of the  NPP. The police have since questioned and released her.

But according to UDP spokesperson, despite the party not eager for any immediate prosecutorial charges against Ms. Sumareh, the party is now poised to purge the country’s political landscape of politics of abuse.

“We want to put an end to this politics of insults,” stressed the UDP mouthpiece Almamy Taal in a Standard interview.

“I think it should not be encouraged because there is no benefit whatsoever in just trading insults with anybody and I condemn anybody who engaged in it,” Taal said.

He argued that the UDP leader had always been at the receiving end of abuse and that it is now time to end it.

“The leader of the UDP feels that he has been insulted and enough time. So, what we think needs to happen is to sensitize the population that in a democracy, you can express all kinds of views and engaged in all kinds of disagreement but there is no need to be abusive,” he explained.

Faal said he does not see anything wrong with the decision of the UDP leader to resort to the police in the case of Ms. Sumareh.

“Anybody who infringes the rights of a Gambian, should be able to go to the law. It is a country of laws. So once you have that understanding, maybe, it would guide all of us to cultivate the right political culture, civil politics, politics of issues and if we cannot have that, then we have to go to the law,” he pointed out.

He went on: “If somebody has violated your rights, your first port of call is to lay a complaint before the police. If at all it was a contractual or a civil matter, then we would have gone to the court straight. Here is a person who has made an audio and it is circulating everywhere. Now, Mr Darboe’s going to the police station and laying a complaint there, is within his rights. It’s the police who invite people during their investigation to establish whether in fact the person has violated the laws of The Gambia or not. Now, within this context I really don’t understand why people always look at these things from this political angle. If somebody has caused some violation of my rights, instead of either finding alternatives or trying to return fire for fire, I think it is only logical for me make a complaint to the police and let the police do their jobs. This is something that everybody should applaud. I really don’t see any issue about it and suggesting that other methods are there! Obviously, other methods are there but if you feel you want to resolve some of these issues once and for all, I think involving the police to peacefully solve the problem would be the best way to go forward.”

The UDP spokesperson concluded: “We have established procedures to deal with these issues. As such, I would recommend that we also have the patience and the understanding to allow due process to take place. I think if lot more people do this, we would have lot less conflict. There have been many instances when the party leader has actually urged some of us, as supporters, not to return fire for fire. Even if people insult him and his mother, we shouldn’t react to it.”