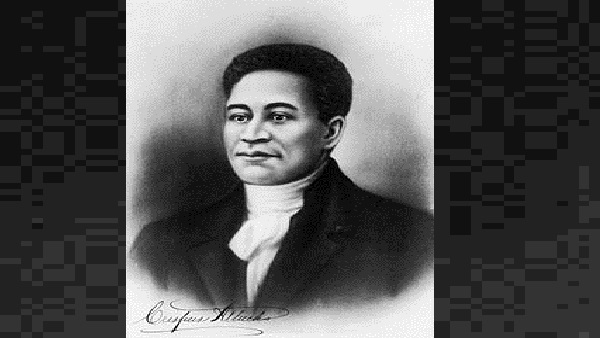 As recent as Monday, Sheriff Bojang walked into my office and summoned me, and the rest, to a meeting. It was supposed to be half an hour. It wasn’t. Editorial meetings never end, unless you end them. Sheriff, like last year, stepped in for my immediate boss, Lamin Cham—I swear to God—who’s begun his annual leave and is probably cackling about sports somewhere in Brufut and patting his belly.

Being his usual unconscious self, Sheriff harped on the cardinal importance of sticking to the Standard newspaper house-style which, to his own surprise, is non-existent. And then, he made a mile-long list of new columns for the paper that, if we maintain them, we can be put under the same category as tertiary institutions like UTG. The list included ESSAY, a column he himself used to get a job in Babili’s government as his chief spin-doctor, after the dude got tired of reading his King Appai series, where he would describe even the sound of Appai’s belch after eating his bapembenab [a Jola dish]. The column had to hibernate because, give the devil his due, there is no single Gambian MIND here as fertile as Sheriff’s. He’s got every visible feature of a legendary creative writer: tall and thin, the only thing missing is a shock of white hair and Socratic beards. Voilà! Sheriff Soyinka!
The ESSAY column was handed down to a few inheritors; notably Saikou Jammeh, a brilliant heir who picked the wrong inheritance. In the words of his protégé Alagie Manneh, Kissy-Kissy Manso’s “inscriptions are pellucid”, which only corroborates his unapologetic affinity to the young wordsmith. And, of course, my humble self, a curious and overzealous puppy who picked a bone bigger than his pelvis. But since Appai’s kingdom fell, Sheriff hates knitting words; he would rather see people knit them wrong. It’s one of the symptoms of PJSD: Post-Jammeh Stress Disorder. But having recovered from PJSD probably after drinking and bathing with the Bojang holy water, Sheriff rotated his eyes on everyone at the meeting and said: we cannot let the ESSAY column die when we have two brilliant essayists in the room. My humble self and Talib Gibran. For a moment I envied the Talib Gibran he mentioned before it dawned on me that he was actually talking about me. And, coining Barack Obama’s word, I felt like it was either a very high bar or the beginning of a very funny joke. Sheriff wants us to alternate in writing essays for The Standard readers every Friday and he was initially supposed to set the ball rolling. Of course, I wouldn’t allow that; otherwise I’d need additional brains to rise to the bar he would set. With me starting, he would be forced to come down to my own bar and not me spending half a century to reach his own.

It was supposed to be a prosperous new decade. The new year ushered in hope for all, even for bachelors and bachelorettes. I was going to get married in 2020, at least it was on my mind. Then Covid-19 came and plans shattered. Since I am not creative enough to consider it as an opportunity to hold an even less luxurious wedding, I shelved the plans. Mid-way through the year, I regret why I didn’t go ahead with it. I’d probably have been an expectant father by now. A chilling terror creeps over me even thinking about it.I am upset. The initial available options quietly disappeared and new options emerge with frightening hurdles. This latest batch of God’s creation is very strange. It feels like God is angry with us so he decides to just create two genders who find it difficult to stay married. I’ve reached a stage where even your bed wants you to get married, as a man. Staying single, laughing and reserved, makes people think you’re impotent, especially if you appear to afford taking a wife.But we all defied the laws of attraction;we refuse to accept what we are, so we only attract people who wouldn’t accept what we are. A reality that eventually dawns on us few days after the luxurious wedding. No, I’m not quaran-dreaming, if you’ve started to think so.

2020 reveals who we are as humans. And with riots and virus across the globe, the conversation once again gets us to the uncomfortable truth that unless God restarts creation all over and makes all of us black or white, there will always be superiority complex. There is racism everywhere. But the US police officers never miss the opportunity to express it violently. Under Trump, who I genuinely think fits the profile of an African president, America is no longer a country that the world admires. Like Fintan O’Toole said, the world has loved, hated and envied the US. Now, for the first time, we pity it.I cannot believe I’d ever pass the chance to blame him for America’s woes, but Trump found America already racist enough and it started well in the early days of independence.
In November 1800, US president John Adams with his lovely wife—in both appearance and name—Abigail, christened the White House. A pernicious naming creativity that everyone attributes to the actual painting of the mansion, designed and built over 200 years ago.
Before all that, America was at war with her coloniser, Britain, fighting for independence just like the way Africans eventually did. After gaining independence, with the help of blacks I must add, the Americans, as a thank-you to us, helped the rest of the world to colonise Africa.

Let’s rehash history, not the glib one peddled around for centuries, shall we? Check any credible history piece and you would know that at least 9,000 blacks actively took part in the Great Revolution. But here is where their lives never mattered: the average length of time in service for an African American soldier during the war was four and a half years, which was eight times longer than the average period for white soldiers. Crispus Attucks—a stevedore—was actually the first blood spilled in the American Revolution at the Boston Massacre. You don’t hear about him; you only hear about the Washingtons, the Hamiltons, the Franklins, the Adams, the Jeffersons and the Madisons. And, honestly, no matter how distorted history was, African-American soldiers like Peter Salem, Salem Poor, Barzillai Lew, Blaney Grusha,Titus Coburn, Alexander Ames, Cato Howe, Seymour Burr, all laid down their lives for America’s freedom and, on the promises of their masters, their own freedom. But most of them who survived the war thinking they were finally free were actually put back into slavery after the war. You wanna tell me those lives mattered?
Killing blacks is nothing new in US; it’s as old as America itself. That’s why blacks still form a minority. The numbers will never go up; they make sure of it. The only new thing is filming the murders.Black lives only matter to blacks. A famous text of the American declaration of independence which states “that all men are created equal, that they are endowed by their Creator with certain unalienable rights, that among these are life, liberty and the pursuit of happiness” is actually true. We are all equal, but some are more equal than others in American society. It will remain so until America does less Elon Musk and more Martin Luther King or Colin Kaepernick or just update the so-called American Dream. Uncle Sam’s day of reckoning is coming! Trump, who is getting closer to exit in November, is getting closer to rejecting exit. And once there’s impasse, Russia will just intervene and occupy like how the Senegalese are doing in little Gambia.

Talibeh Hydara, writing under his sobriquet Talib Gibran, is an editor at the Standard Newspaper.