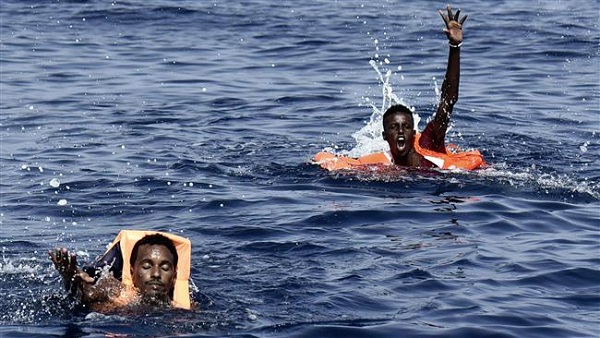 Today, in an increasingly globalised world with uneven wealth and economic inequality, more and more people are searching for better economic, political, social, and academic opportunities. The search for such opportunities has led to various types of inter and intra country migration — movement from one place to another. The word “migration” often triggers negative connotations, partly due to the media, politician’s rhetoric as well as the perceptions held by some sections of society.

Brain drain or human capital flight as it is sometimes called involves the movement of knowledge from one place to another. Brain drain is the migration of well-educated, knowledgeable, skilled professionals from their home country to another country. Some of those who emigrate include teachers, doctors, economists, and other highly sought after professionals.

Many who migrate do so in search of better opportunities. They seek opportunities that their home countries cannot afford them. People move for different reasons some of which is purely altruistic; thus there is a distinction to be made between war-led migration, political and voluntary migration. Based on the principle of freedom of choice, specifically, economic choice — individuals should have the freedom to pursue legal economic undertakings and paid work of their choice without interference from anyone.

Thus, I suggest “opportunity equilibrium” — the movement of skilled and unskilled people within and outside their home country to seek the right opportunities that rewards them accordingly and enhances their productive capacity — rather than brain drain.

Brain drain in sub-Saharan Africa and Central America
Brain drain becomes very logical considering political and economic instability, in addition to a lack of opportunities and little to no upward mobility. “Individuals suffering deprivation of their political and economic rights also may want to flee their oppressors for somewhere else where they will have such rights”. Some of the challenges that have marred countries in Sub-Saharan Africa and Central America include civil unrest, political upheaval, economic meltdown, violence, crime and high levels of poverty. For example — Sudan, Somalia, Mali, El-Salvador, Honduras, and Guatemala in recent years have had to deal with some of these issues. Such environments are undesirable for both the skilled and unskilled to dwell in and this stymies upward social mobility.

With increasing regularity, graduates are looking to the west — Europe and America — rather than locally for career advancement and betterment of the family. “In parts of sub-Saharan Africa and Central America, sometimes more than half of all university graduates migrate to OECD countries, with potentially serious consequences for critical sectors such as education, health, and engineering”. Coupled with the potential for higher earnings, the benefits exceed the costs for many.

The Gambia – ‘Backway’
“Backway” a term used in The Gambia to describe migration via the perilous high seas and dangerous routes into Europe. This phenomenon has been ongoing for a while. The lives of many talented men, women, boys, and girls have been lost on this journey. It is simply heartbreaking. As dangerous as the journey is, many see it as a means to escape poverty and eventually provide for their families. This, one could brand as “the Gambian dream and nightmare” for many youths reaching breaking point. Aided by some success stories, the benefits far outweigh the costs for many who seek this route. Rural communities are becoming deserted. Some families have sold plots of land and other valuables to fund their relatives on this journey.

The issue of “backway” remains a delicate and pressing topic in The Gambia. Many youths who have been pushed beyond desperation would rather embark on this journey than remain dispirited. Compounded by socioeconomic woes, “migration to Europe…becomes a necessity not a choice” for many youths. One would have to be in their shoes to understand their rationale. Critics of “backway” argue that it is not a worthy venture, therefore, youths should desist from traveling through this risky route. Regardless of the arguments to be made about “backway”, a holistic approach is urgently needed to address it.

Some underlying factors that often lead to brain drain
What necessitates this movement? Considering brain drain as a global phenomenon, there are plausible justifications — institutions, economics, political actors, laws, and so forth — that account for differences in socioeconomic arrangements and outcomes. People everywhere seek rights and provisions ranging from political and economic stability, security, respect and protection of fundamental human rights, property rights, a fair legal system, to functional institutions. Fragmented and weak systems lack the capacity to keep their best brains. Relative deprivation and persecution by central authorities and powerful entities can also force skilled individuals to look outward.

Travis Kalanick and Garrett Camp, founders of Uber, have transformed the transportation industry in the United States and around the world. Arguably, not all economies prioritise the harnessing of innovative ideas, protection of intellectual property rights and the rewarding of human ingenuity. If brain gain — “increase in the expected return on education” — is low, people will look elsewhere. Weak labour markets and a mismatch between the skill set of individuals and the labor market requirements (analogue, outdated demands) exacerbates brain drain.

Different viewpoints on brain drain
It is evident that brain drain produces winners and losers to varying degrees. The source and receiving countries have a lot at stake. There is a huge potential for long term gains in productivity, taxes, and remittances, although there are no guarantees. On the flip side, there is great economic loss — loss of capital, “advancement of development” stagnates, and the host country benefits from the educational capacities of those who migrate rather than the source country.

It is true that individuals who migrate, leave their home country bereft of technical expertise and know-how necessary for development. However, the rights of the individuals are often relegated to the back, “it made no place for the rights of would-be migrants, which is potentially everyone, to make their own choices for themselves and families”. Migrants like everyone else, have rights and choices.

On the other end of the spectrum is the receiving country, which gains from brain drain. There is an “influx of skilled workers” in the receiving country. Host countries benefit from a workforce filled with educated, incentivized and vibrant individuals. Competition and collective intelligence can also emanate which invariably benefits society. Industries can benefit from the influx of creative thinking, skills, and practical experience.

A 2006 World Health Organisation (WHO) report showed that there were 213,331 doctors from abroad into the US. That was 27% of the total number of doctors in the US. The United Kingdom had 69,813 (33%), France 11,269 (6%), Canada 13,620 (23%), while New Zealand received 2,832 (34%). “How many more can we continue to take?” remains a key question for political actors. Public policies and immigration reforms shaped along these lines are often ideologically driven or politically motivated. The growing perception that domestic resources are been exploited by migrants, in addition to “job theft” also raises concern for receiving countries.

Remittances
The International Organisation for Migration (IOM) defines “remittances” as “monies earned or acquired by non-nationals that are transferred back to their country of origin”. Remittances highlight a major benefit from brain drain — monetarily. Remittances have become “an important source of finance in the developing countries” additionally, “remittances are associated with greater human development outcomes across a number of areas such as health education and gender equality”. It is worth noting that the transaction costs involved in transferring money can be quite high.

The global net FDI flow between 2005 and 2014 rose by 3 percent, while “workers remittances” rose by a whopping 100.1 percent (Khan & Bashar, 2016). In 2013, the major recipients (in USD $ Billions) were: India (70), China (60), Philippines (25), Mexico (22), Nigeria (21), Egypt (17), Pakistan (15), Bangladesh (14), Vietnam (11) and Ukraine (10). Families of migrants back home benefit immensely from remittances, which serves as a tool for poverty reduction and daily survival. About 22 percent of The Gambia’s GDP stems from remittances. The overdependence on remittances can inversely undermine development efforts and outcomes. This is evident in places with aging populations and high unemployment rates among youths.

What should we do?
Tackling the issue of brain drain and migration requires both institutional and societal effort. Job attractiveness and career mobility need to be enhanced so that the best brains are more willing to stay at home. Fixing the legal system, providing patents and copyrights will enhance innovation. Moreover, the rights and freedoms of individuals should not be denied or infringed upon.

Central authorities should also promote innovation across different fields by supporting and rewarding them. Increases in per-capita income will also impact poverty levels. Governments and other stakeholders cannot play politics with such an issue. By Investing in marginalized communities and redistributing state revenues far and wide, rural-urban migration will also reduce. Regional organizations like the African Union (AU), the Economic Community of West African States (Ecowas), and the Central American Integration System (SICA) need to embrace reform agendas to this end.

Conclusion
If sub-Saharan Africa, Central America, and other regions are to achieve sustained economic growth and development, they will need to improve living standards and provide the necessary framework to foster human capital development. With political instability, war, disease outbreak, and climate change led migration on the rise, harnessing human capacity development becomes more challenging. Furthermore, the psychological scars of these unfortunate situations on millions of people cannot be ignored. Addressing the political, economic, health, environment, and social components is key now and in the long term.

Francis Aubee is a Gambian, currently pursuing an MSc degree in Emerging Economies and Inclusive Development at Kings College London. Francis graduated in December 2018 with a BA in Economics and a Minor in Political Science from McDaniel College, USA. Francis was inducted into the Omicron Delta Epsilon (Economics Honour Society) and Pi Gamma Mu (Social Sciences Honor Society) in 2018. Francis is a budding freelance writer and an avid football fan.