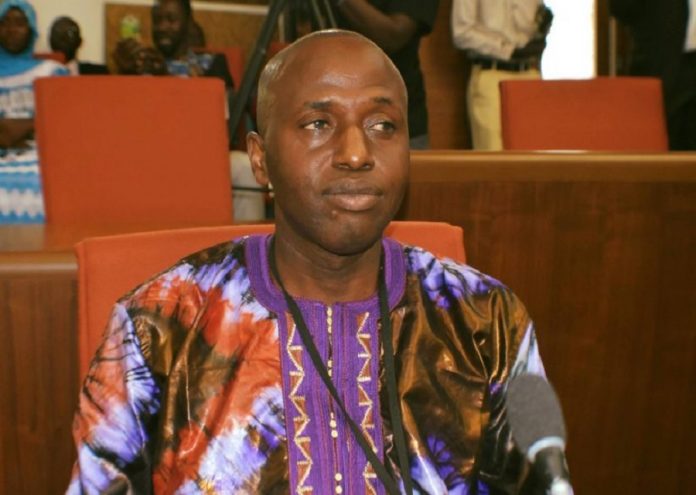 Foday Gassama has expressed his dissatisfaction with the Supreme Court ruling declaring his nomination to replace Ya Kumba Jaiteh at the National Assembly as constitutional.
“I know I don’t have the moral duty to question the Supreme Court’s ruling but I question the moral justification of the verdict. As far as I am concerned, the decision of the Supreme Court was not taken in good faith,” he told The Standard.
Gassama received the news of his deposition while on parliamentary mission in Burkina Faso.

Ya Kumba Jaiteh filed a case against the Speaker, Clerk of the National Assembly and the Attorney General after her nomination was revoked by President Adama Barrow.
The lawmaker also filed an injunction at the Supreme Court urging it to declare the actions of the president as “unconstitutional” and prevent Foday Gassama from representing himself as a member of the parliament.
But the Supreme Court ruled against her application in March and her replacement was sworn in.

However, the Supreme Court recently delivered a landmark judgment in favour of Ya Kumba Jaiteh declaring Foday Gassama’s nomination to be “unconstitutional, null and void.”

Speaking to the media for the first time since his removal, Gassama contended: “Anyone who cares about the truth will admit that Section 88 of the 1997 Constitution has given the power to the president to appoint five nominees to the National Assembly and all appointing authorities have the power to revoke their appointments.

“I don’t know on which legal provision did they based their ruling. I have not seen any provision on which the court based its ruling. This is why I said I am really disappointed.”
Asked what next for him, Gassama replied: “I am a politician and positions do not move me. It was God’s gift and I am grateful to God and the president for giving me the opportunity to serve my country.

“I can vehemently confirm to you that nobody can change my loyalty and love for President Adama Barrow. I will continue to support his political agenda. I want to call on all my supporters and sympathisers to rally behind him to successfully accomplish his five-year mandate. I want to also urge all Gambians to see the national interest. This is our country, we should not do anything that will destabilise its peace and security. If we cannot help build this country, we must not destroy it,” he urged.