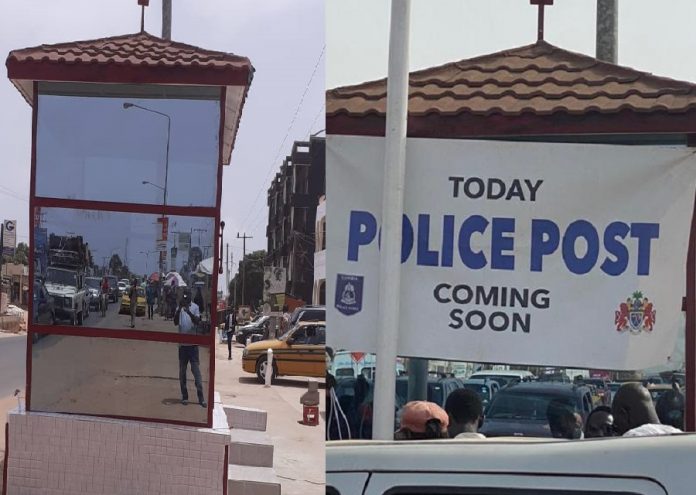 Sillaba Samateh, Gambian business tycoon has built and donated a state-of-the-art police post to the Inspector General of Police for use in the conduct of its work.
The facility, which is air-conditioned, housing a CCTV is equipped with a plasma TV screen, table refrigerator, cupboard, four (4) chairs and a table for police officers whilst on duty.
The facility is located at the façade of Today Mini Market at Brusubi phase one near the Turntable and will assist the police in conducting surveillance and monitoring every activity within 300 square metres.

Mr Sillaba Samateh revealed that the plan to build the facility was borne out of his love for the Gambia Police Force in combating crime and ensuring the security of the inhabitants in the area.

He disclosed that the facility would assist in checking recalcitrant motorists in the area.
Mr Samateh promised to build similar structures within the country and thanked Today Mini Market for their co-operation in facilitating the construction of the facility.