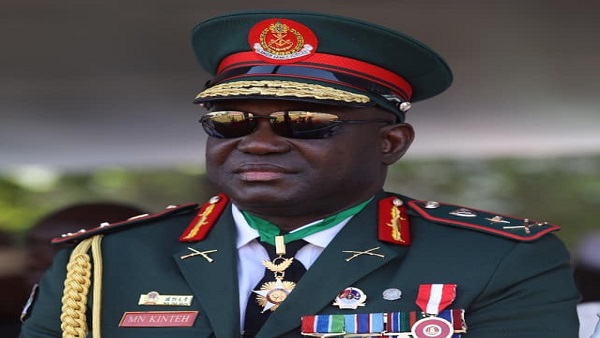 He hands over to Deputy Chief of Defence Staff, Major General Yakuba A. Drammeh.
The President seizes the opportunity to thank General Kinteh for his service to the nation.