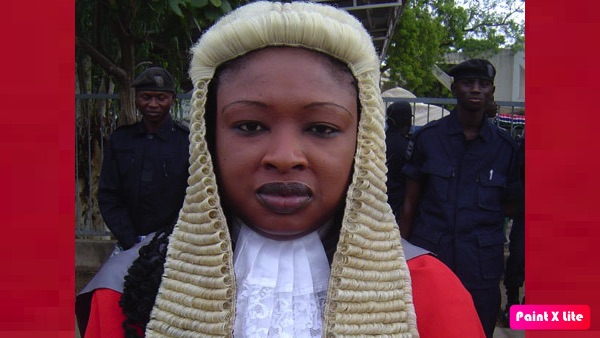 Captain Yaya Beray Jammeh and seven others have been acquitted and discharged by the Court of Appeal on the count of treason for which they were convicted by a general court martial.

The three female judges of the appellate court unanimously set aside the nine years imprisonment terms imposed on the men by the military court in 2019.

The convicts were convicted to nine years imprisonment by a general court martial held in Yundum for planning to overthrow President Adama Barrow’s government.

Captain Yaya Beray Jammeh, Lt Abdoulie Jarju and Lt Yaya Jammeh were acquitted and discharged on all counts by the appellate court.

In June 2017, a board of inquiry was set up by the military command to investigate a photo that was published on the social media showing a lorry with logs.

During the course of investigation, the phone of one of the men was confiscated and eventually, a WhatsApp group dubbed ‘Ajamat’ or ‘True Friends’ was discovered.

After this, a second and larger board of inquiry was constituted to investigate the group and this was when it was discovered that the group was set up to overthrow The Gambia Government. It was established that the intention of the participants of the WhatsApp group was to carry out a coup on 22nd July, 2017, arrest the chairman of the Independent Electoral Commission, the then Foreign Affairs minister Ousainu Darboe, the then Interior minister Mai Fatty, the then Chief of Defence Staff Masanneh Kinteh and other prominent people in the country.

The board found out that the WhatsApp messages (chats) were deleted after the group was discovered. The board also discovered that the cell phone numbers in the group were registered using third party names while some of the numbers were not registered. With the help of an IT expert, the board was able to retrieve their conversations and the audios were transcribed.

Principal State Counsel Abdul Maita Yusuf contended that the accused persons were not tried under Section 35 of the Criminal Code, but 83 of The Gambia Armed Forces Act. On the written consent of the attorney general, AM Yusuf said their presence was enough to satisfy the requirement of law. He said the attorney general was represented by the director of public prosecution, the principal state counsel and other state lawyers which was enough to suggest that the AG’s consent was already obtained.

She said Lawyer Jobe raised the issue of the lack of the written consent of the attorney general which was erroneously dismissed by the court martial.

“It is a fundamental requirement for a valid prosecution that Section 39 of the Criminal Code [written consent of the AG] must be complied with,” she said.

She added: “The consent has to be written. It cannot be implied upon the mere presence of officers of the Attorney General’s Office.”

She held that the word ‘shall’ is commanding which is usually given a mandatory meaning.

“It does not give room for manoeuvre,” she said.

She said the DPP has his or her constitutional powers which are subjected to the approval of the attorney general. She uphold the argument by Lawyer Jobe that Section 39 of the Criminal Code (CC) which provides for the basis for obtaining a written consent from the AG is a mandatory prerequisite for the charge of treason under Section 35 of the CC.

She held that the judge advocate, Justice Amina Saho-Ceesay, misdirected the panelists of the court-martial who eventually overruled Jobe who was requesting for the written consent of the attorney general.

Equally, Justice Salla-Wadda held that the charge sheet was signed by Captain Alagie Jarju and Major General Yakuba Drammeh, the then deputy chief of defence staff.

“In the light of this gleaning fact, how does this show the attorney general consented to the charge?” the judge queried.

She declared the trial in respect to the charge of treason null and void.

“One cannot put something on nothing and expect it to stand. The judgment was a nullity with respect to the charge of treason,” she said.

She said the entire proceeding on this charge was a nullity as she discharged and acquitted all of the accused persons on the charge of treason.

She said the court martial lacked the jurisdiction to try them since the written consent of the attorney general was not obtained.

“The court martial has no jurisdiction to try the accused persons under this count [treason],” she held.