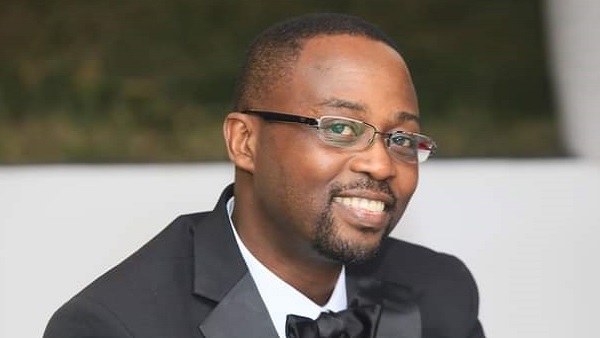 A group of civil society organisations and frontline workers have jointly written a public letter to the president containing a 10-point demand for the government to meet over the Covid-19 crisis.

The group also asked President Barrow to explain why medical equipment donated by a province in China were diverted to the First Lady’s office.

The letter, which was signed by TANGO, DUGA, Gambia Participates, Gambia Conference of Reforms and Democracy, the Gambia Bar Restaurant and Night Club Association, Right to Know Gambia, Team Gom Sa Borpa and frontline workers, also expressed disappointment over the president’s handling of the Covid-19 crisis.

The CSOs alleged that some 10,000 medical masks, 1000 N95 respiratory masks, 100 protective suits, 100 safety goggles, 79 infrared thermometers and 15 sewing machines, which were gifts from a province in China, had been diverted from the health sector to the Office of the First Lady.

“We are concerned by the ill-advised actions of the Minister of Foreign Affairs, to bypass the health sector, and instead, deliver these vital items, we so desperately need in the sector, to the First Lady. We demand answers, as to why and how, was this allowed to happen under your watch during this deadliest pandemic this country has ever known. We request a report from the Ministry of Foreign Affairs to why they handed over the PPEs to the office of the First Lady and what she did with the PPEs, and evidence of who she gave these PPEs to, as well as who was involved,” they demanded.

The CSOs also demanded the president to address the nation within 72 hours regarding the next steps his government will take in dealing with the pandemic, as well as steps being taken to address their urgent requests.

“It is inappropriate, and unacceptable to leave such a responsibility of steering such a response to your spokespersons. Lives and livelihoods have been destroyed. We are therefore asking you to act,” the group added.

The CSOs also proposed the introduction of systems and mechanisms to obtain data on the informal sector, like taxi drivers via the Transport Union to assist them with fuel subsidies using fuel coupon schemes, to incentivize those who adhere to the 50% passenger regulation.

“We also request a full medical package to be accorded to frontline workers, and any healthcare worker that contracts Covid-19 in the line of duty. There should be basic medication available at treatment facilities for front line workers and a doctor should be attached to these facilities to attend to the health needs of healthcare workers while under treatment,” the group demanded.

They also demanded for daily allowances to be provided to frontline health workers as well as equal payment for frontline workers be affected immediately.
“We request the daily allowance of a minimum of D750. The MoH needs to provide adequate accommodation to frontline responders, especially those they exposed to infected patients. The ministry should have a distinct criterion of levels of risk, and categories of front-line workers in its workforce. The ministry needs to rethink its modus operandi, and adopt best practices, to ensure optimal, effective and efficient deployment of the talent, abilities and experiences of health workers,” they added.

They also appealed to the government to prioritize resource allocation to the poor, vulnerable and struggling SMEs and strategic businesses.
The group said they are giving the Gambia government seven days, from the date of the letter, to respond to their demands, failing which they shall explore other legal and necessary means to have these demands met.

Gov’t clarifies
The Standard contacted the director of press at State House, Amie Bojang-Sissoho on the allegations. She replied: “What I know is that through the embassy of China some PPEs were donated to the Office of the First Lady which were in turn distributed to various institutions. I am not aware of a donation that was diverted to the First Lady’s office.” She referred us to a media report on the presentation by the Chinese ambassador which indicated that: “A consignment of 10, 000 medical masks, 1,000 N95 respiratory masks, 100 protective suits, 100 safety goggles, 79 infrared thermometres and 15 set of sewing machines were handed over to Her Excellency, Madam Fatou Bah Barrow at the State House. They will be forwarded to some target beneficiaries in the country.”

On the same issue, the spokesman of the Ministry of Foreign Affairs, Saikou Ceesay also clarified that the PPEs being referred to were donated to the First Lady’s Office and MOFA’s presence at the handing over was just a symbolic gesture to reflect the relations between the two countries. “Those PPEs were meant for the First Lady’s office. In fact, the materials did not even reach the First Lady’s office store as they were swiftly distributed to various institutions,” Mr Ceesay said.

On the demand by the CSOs for the president to speak up before 72 hours, the director said: “Well I think I saw the letter in an email on Friday afternoon. But what happens after Friday? Is this not a weekend?”.

Meanwhile in an earlier forum on the absence of President Barrow, Information Officer Bubacarr Sankanu said on Kerr Fatou that the president will address the nation in good time. “Everyone knows he is observing a self-isolation process as recommended by the experts after his colleagues in cabinet tested positive. And he needs to be updated with data and latest development and other procedures. All these cannot be done until he finishes his isolation.So let us allow him to complete his self-isolation,” Sankanu said.