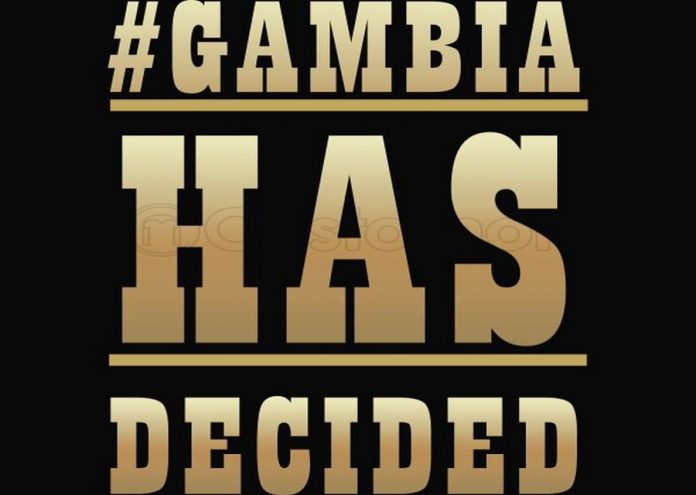 What is your worth as a human being? What are your rights and duties as a citizen? What is a Republic? What is the purpose of Government? Why are the majority of Gambians poor and deprived of basic social services and economic opportunities? Why is the quality of living extremely low for the majority of our people? After five decades of independence why is The Gambia a highly indebted and highly taxed yet highly poor society?

These and many questions are worth asking given that we have experienced three successive governments from 1970 to 2019 yet they have been unable to lift up the country to a status of dignity and prosperity? December 1st came as a revolt against this deplorable status quo which transformed self-perpetuating rule into full blown dictatorship in 1994. When Gambians went to the polls on 1st, December 2016 they were not necessarily voting for only the Coalition or Adama Barrow. Our citizens were voting against perennial failed leadership, dictatorship, APRC and Yahya Jammeh and all that they represent.

December 1st therefore was a day when our people were resolved to reclaim their sovereignty, dignity and power which were hijacked and corrupted by successive governments since independence. Therefore, December 1st was not only and just about Yahya Jammeh and his authoritarian regime. It was a resistance against power without conscience in which the ruling class manipulated and transformed our mandate into a weapon against citizens for the benefit of few.

Therefore, if one is a dignified citizen and understands the worth of a human being the least one could accept is to allow the emergence of another system of manipulation and exploitation for the interest of few against the majority. This unfortunate scenario against which our people fought for in 2016 has come back to the shores of The Gambia, if it had ever left the country in the first place! The blatant abuse of power and plunder of the wealth of our people by the current government led by President Adama Barrow shows glaringly that The Gambia has not changed as desired by the people.

The current proposed 2020 budget by the Barrow Administration is a clear indication that indeed the ideas, practices and objectives that underpin the APRC Regime are still the same until today. Here is yet another budget, just like in previous years, where the wealth of the country is showered more on the few public officers and denied to the majority of Gambians. In 2019 the budget was pegged at 19 billion dalasi. In 2020 this budget is expected to be 24 billion dalasi yet there has been no meaningful transformation of lives for the better. Rather once again Gambians are presented a budget that only services to perpetuate poverty and deprivation.

When Gambians voted in 2016 the expectation naturally was that for the first time we will witness a change of the system of governance that will usher in true democracy, empowerment of the people, transparent and accountable leadership and efficient and effective public services that deliver affordable and quality public goods and services to the people. Unfortunately, this has not been the case as everyday Gambians grapple with high costs of living and poor services which are not available for most of the population.

Apart from the delivery of goods and services, our expectation was that there would also be fundamental reforms in the constitution, laws and public institutions. Disappointingly the new rulers deliberately refused to undertake these reforms, and if they do it is either slow or half-hearted or both, only because they wish to keep power out of the hands of the people so that they can continue to perpetuate exploitation and oppression.

For example, this government stated in its 2016 manifesto that they would reform all laws that infringe on human rights and democracy within six months of coming to power. But they have refused to do so such that within three years only one constitutional and one legal reform were done designed to suit their own objectives. No other legal reforms were carried out until recently when the criminal code was reviewed only to attempt to make it even more draconian than how the colonialist left it. If it was not the conscious, prompt and strong reaction of the masses, we would have seen a law that directly kills our sovereignty. Until today the Public Order Act remains in place! Shame.

Similarly, there has not been any single institutional reform either in the public sector or the security sector. Instead the blatant abuse of power by public institutions such as the corruption exposed in the audit report of the seven state-owned enterprises speaks of the intention of this government to continue to plunder The Gambia. No security sector reform was also carried out which is why in 2018 young Gambians could be shot dead by security forces in Faraba while citizens continue to be subjected to constant abuse, delay and inconvenience at the numerous checkpoints littered all over the country. Even when they attempted to legitimize the NIA into SIS it was done unconstitutionally and illegally thus highlighting the corrupt tendency of these new rulers.

Until today Gambians are yet to be told who the anonymous donors to our President are while the 35 million dalasi from China said to be for the government was deposited into the account of Mrs. Fatou Barrow but cannot still be accounted for. Where is the money? Meantime the increasing presence of Chinese investors in our marine and agricultural sectors calls for huge concern given the environmental destruction in Mandinari, Gunjur and Monkey Park among others. Any interested observer would know that the Chinese are notorious for unethical business practices around Africa. But thanks to the corrupt nature of this government they are prepared to mortgage the present and future of this country for the benefit of a few individuals.

Therefore, on a day like today Gambians must wake up to realize that we are once again led by a neocolonial elite who are unpatriotic, immoral and corrupt. Since independence it is this very neocolonial elite that continuously betray and sell the people to the highest bidder. They engage in populist programs and activities intended to hoodwink the masses just to loot and entrench themselves in power. They have no regards for law and order and are prepared to utilize every and any opportunity to mislead and exploit the masses. Therefore, so long as the people remain dormant, silent and indifferent rest assured this country will cruise for another fifty years under self-perpetuating, poor and corrupt leadership with impunity!

The current tour of the country by the President is a case in point. Our constitution requires that the President conducts a nationwide tour at least two times every year in order to see and respond to the conditions of the people. Thus, the constitution did not ask for mass mobilization of people for a political jamboree across the country. The intent of the constitution is that this is an official tour that does not call for rallies, clapping, dancing and fanfare or transporting everyone along. Instead President Barrow just like Yahya Jammeh decided to subvert the intention of the constitution to transform this tour into a selfish political affair at great cost to the country without any tangible benefit.

What all of these portray is that indeed it is the President and The Gambia Government which is the leading violator of the constitution as always. Furthermore, the actions of this government like those before it clearly shows that it is the government that creates and perpetuates poverty and deprivation in the country. They plunder our wealth by creating a budget that only takes money out of the pockets of poor people for the privileged few. Through our institutions such as hospitals, schools and law enforcement and others they abuse the rights and dignity of our people such that our citizens continue to die from preventable diseases or receive poor quality education while they are unnecessarily obstructed at checkpoints.

For how long shall we continue to have governments and leaders who continue to bastardize the very sovereignty, rights and dignity of our people? The Gambia is not poor just because it is The Gambia, or it is in Africa or Allah ordained it. The poverty and deprivation in The Gambia is man-made by The Gambia Government. This country has immense potential and unlimited resources to produce one of the most advanced nations on earth in a generation. Yet our governments have failed to salvage The Gambia until today after so many generations.

Rather what we see is that those who assume positions of authority and leadership in our government turn out to be wealthy and living a quality of life far above that of the average Gambian. This is injustice that all well-meaning Gambians must fight tooth and nail to ensure that we have a government that we deserve; a government that is transparent, accountable and efficient led by an honest and committed leadership. A leadership that has conscience and prepared to stand for and by the people to ensure we live in dignity, security and happiness.

So far this is not the kind of leadership this country enjoys. A major reason for this poor leadership is also because of the poor followership. Our people must begin to therefore recognize and uphold their human dignity and defend their sovereignty and demand that they will not settle for any mediocre, corrupt and poor leadership. It is high time citizens raise their own political awareness to realize that power resides in them and that the purpose of government is to secure our rights and fulfill our needs by creating the necessary facilities and opportunities and delivering the necessary goods and services.
When we allow personalities, ethnic, religious or other sectarian feelings to drive our political agenda then we will only serve to produce and entrench bad leadership hence undermine our rights and security in our country. In that case we will only help to further impoverish ourselves with high cost of living and deprivation of basic services, and for that, we will have no one to blame but ourselves. Wake Up Gambia!