Decolonisation of mindset and Afrocentric orientation 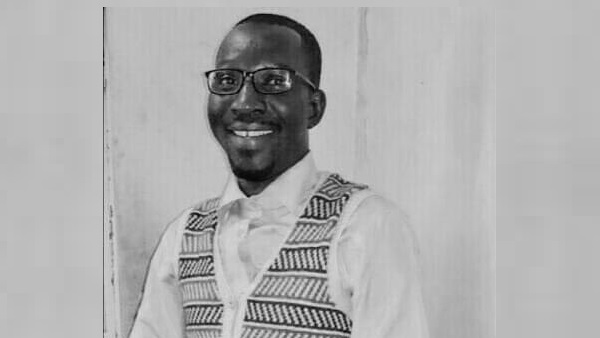 After 400 years of subjugation, Africa is yet to emerge from the doldrums of endemic corruption and abject poverty thanks to her colonial past. Although symbolically the continent is free from direct colonial rule its independence is somewhat questionable because true independence is attained if one is able to feed oneself, decide for oneself and provide for oneself.

There is a new scheme of recolonisation engineered by our former colonisers and they are carefully and tacitly designed so that although apparently manifest, it takes wisdom to unearth. The structures that they have built and handed over to us were systematically established to effectively recolonise our mindset through the Western systems of education imposing on us Western culture and civilisation that are deliberately intended to break down the African social order, discipline, identity and culture as well as ethics.

It is through this same system that they have written our history by promoting white supremacist agenda while blatantly distorting, misrepresenting, and omitting facts in order to portray Africa as a dark continent. Isn’t it quite puzzling to note that precolonial Africa was richer than Europe and America combined, and politically stable, economically prosperous and diplomatically astute and democratic? Egypt, Sudan, Mali Empire and Ethiopia were pacesetters in terms of knowledge, administration, economy and what is rebranded as democracy today. But these facts have been distorted to massage and promote Eurocentrism.

Timbuktu in the then Mali empire and other cities in the Sudan and Egypt were centres of excellence in astronomy, geography, mathematics, philosophy, poetry and administration to the extent aristocrats would send their sons to study. During the unpleasant colonial era the imperialist stole African artifacts, ancient manuscripts, gold, silver and diamonds and systematically created a wedge between Africans leading to our exploitation.

Some of things they successfully did were the extractive political and economic institutions that protect the beneficiaries of this institutions as longer they remain in control, this institutions are responsible design to entrap Africa in perpetual dependence and abject poverty because it established to allow politicians to protect the economic elite and also avail themselves the leverage to extract from them to strengthen their grip in power; that’s the case in almost all colonised sub-Saharan Africa from Zimbabwe to Sierra Leona just to name but a few.

The economic policies and specifically macroeconomic policies that they often import on us are all Eurocentric suite to European socio cultural and economic settings, they aren’t applicable in African countries and if so, at best are condemned to fail as policies often succeed if they’re tailored to conform to the society concern; policies are about people as such cultural inclination is central to any successful policy.

The most deadly weapon at their disposal is economic bait; I call it “bait” because it is superficially attractive in the way it is packaged, be it in the form of so-called soft loans, debt relief, grants and so on. These are the most lethal weapon engineered to “dent-trap” us indefinitely; and sadly, even these loans are expensed to import things that we even have in abundance that is how devastating mental recolonisation is even most educated so-called intellectual would able to decide it if you’re not endowed with wisdom.

Most a times African leaders jump at these loan because to them is another money-making venture in their greed forfeit the future of younger generation of leaders. West can masquerade behind whatever terminologies they want but the truth is they never wanted Africa attain full independence, why is France printing currencies of all francophone countries Africa, England and others the same and intern devalue these currencies.

In their conquest of Africa’s resources Europe or more accurately the West would always devise new technical maneuvers in order to maintain the status quo hiding behind their financed international organisations like IMF, World Bank, UN and other agencies to exploit us; unless Africa take a definitive stance it shall ever remain an economical pond . Growth and development call for enterprise, Africa as a continent must inculcate the culture of Afrocentric orientation in our dealings with counterparts, in terms of diplomacy, education and governance.

It must get rid of the inherited extractive political and economic structures and policies; and put emphasis on specialization in vocational and administrative education and division of labor reminiscent of pre-colonial Africa and revitalize, nurture and promote the idea of total independence. Africa and African empires before colonization was prosperous because it has a distinctive and clearly defined system of education that lay strong emphasis on ethical and standard African norms and values; independence, tolerance, cultural diversity contrary to what the imperialists made most of us believe. There was also a vibrant democratic dispensation and this can be referenced to the “Kuru Kan Fuga” of the Manding Empire aligned with a sound trade and economic system.

Countries differ in their economic growth because of differences in institutions, and the rules that stimulate how the economy works, and the incentives that motivate people. These are the factors that influence the success of economic systems and policies, the socio cultural setting and inclination and the type of institutions are the exogenous factors that propel economic growth and well being and until these are factored in any policy decision, be assured that system is bound to fail.

Going forward the focus should be shifted and more resources allocated to agriculture, regenerated education system that depicts the true African identity, ethics and standards and importantly restructure the extractive political and economic institutions if not entirely revamped.

Africa must refuse to be the stomping ground of the imperialists and clamor for respect and equal treatment among The Comity of Nations.
Karamo Marena decribes himself as “a proud African”.