Paradox of the times and ‘leaders’ from UDP ranks 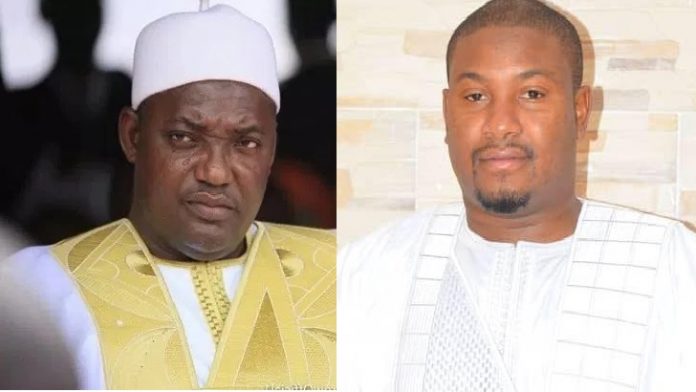 I will open this sentence by paraphrasing the acclaimed Nigerian columnist, Sam Omatseye who in these troubling times of the ravaging plague (Covid-19), philosophized that leaders are never any thing you expect them to be. Omatseye argued that of all human qualities, “we can applaud courage, the prince of all qualities, which also fires vision. We need not only the audacity of action, but first the boldness of the thinking mind”.

Take it for granted or treat it as a special case of low expectations in our country, if the communication, actions and inactions of the Gambia government laid bare anything, it is the paradox of UDP producing two leaders from within its ranks in the time of a so-called revolution that never lived up to its billing.

I call the emergence of Mayor Bensouda and President Barrow from within the UDP ranks as paradoxical because both leaders sprout forth in the time of a so-calledrevolution that ousted a dictator. Both leaders came from one party yet chose to lead differently. Barrow, the dictator’s successor does everything to maintain the vestiges of dictatorship he arguably fought so hard to uproot at the cost of health, freedom, and lives of his friends in the struggle.

Bensouda, mayor of Kanifing municipality went on to become a sophisticated, world class and revolutionary leader at a municipal level. And another, president Barrow went onto become a total waste of sacrifice and resources at the highest office of our land. Sad indeed if you ask me. But what do I see and know really? James Allen, British philosopher, and writer ages ago argued that in a moment of crisis (es), circumstances do not make the man, it only reveals him to himself.

But alas it took drama and incessant complains on social media for our “reactive” not “proactive’ president to finally muster the courage and imagination to act and address our nation on what was a rather uninspiring and poorly delivered statement. How do you explain the wisdom of our president visiting Senegal with a whole cabinet for a meeting and few days later engaging in a risk communication to curb a deadly disease after public going against WHO guidelines by travelling and holding meetings in a Covid-19 positive country? According to McComas (2006),risk communication is an “exchange of information among individuals, groups, and institutions related to the assessment, characterization, and management of risk” (p. 76).Barrow having surrounded himself with uneducated political thugs like Dou Sannoand Henry Gomez failed to understand the importance of risk communication and how the message is perceived in relation to the individual and group as not only objective but subjective.

Meanwhile, as Barrow continues to sit down to wait on poor Gambians in a state of emergency to feed themselves, a young, sophisticated, educated, and dynamic mayor is at the forefront of affairs marshalling resources to feed our hungry population. He has cut on the down municipality’s travel budget to free up funds to effectively fight the pandemic. The young mayor from within UDP ranks is improving markets, instituting modern trash collection strategies throughout the municipality, and doling out small business loans initiative to the young and women. When I paid visit to the KMC offices few months ago, he ran the office of the mayor with sophistication and efficiency similar to the American White House.

Once again, take it for granted or take it as a special case, we have a slow, reactive president who instead of surrounding himself with professionals decided to recycle political hacks from Jammeh era to help him master Yahya Jammeh’s play book better than Jammeh himself. Yahya Jammeh would have been more generous, proactive, responsive, and empathetic in serious and apocalyptic times like these.

Alhassan Darboe, writes in from U.S.A. He is a communication consultant and graduate student at Arizona State University’s Hugh Downs School of Human Communication.