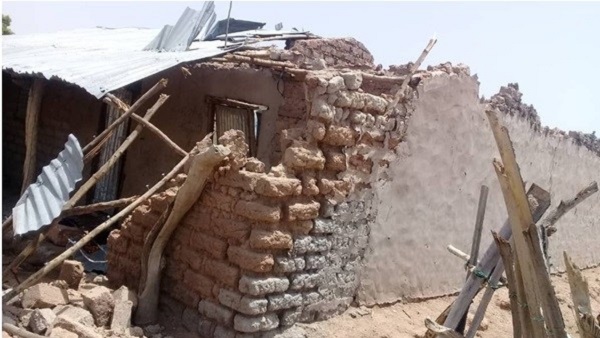 A rapid disaster assessment report conducted by the National Disaster Management Agency and the Gambia Red Cross Society under the leadership of the regional governors of the URR and CRR, has now confirmed that 4 people were killed in the recent windstorm.

The report also revealed that the incident is the ‘most devastating storm in recent history in terms of human and physical impact’ affecting more than 536 families.

It also revealed that over 1425 people have been displaced and more than 342 houses damaged.

At various places in these villages, roofs of some 10 schools, 2 clinics, 3 mosques were damaged or blown off.

A village water tank system was also destroyed as well as the Sare Soffie Agriculture Centre.

Since farming is the main livelihood in the two rural regions, the assessment observed the wind has caused many to lose their seeds for the 2019/2020 cropping season.

The falling walls and rain shower destroyed seeds and other food items.

The remaining seeds with the affected population need some sort of protection, through blanket food distribution to the population.

The assessment also confirmed that some livestock were killed; some of these animals are draught animals for farmers.

The report calls for rapid intervention of partners to provide immediate life saving and shelter support for affected households.

“Any delay in providing shelter support will further complicate the needs, and increase the destruction on housing situation.

“A swift response is needed for shelter sector- Many of the affected people currently are open to some sort of weather risks, the housing condition of the people needs a quick fix to allow people to move back to houses, before rains,” it said.