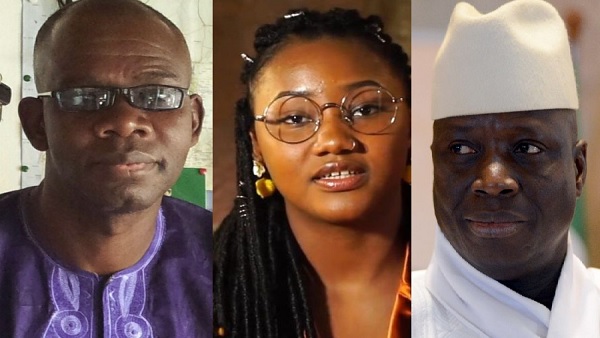 Senior officials of the APRC party have written a letter to The New York Times debunking allegations carried by the paper by one Fatou Jallow, alias Toufah, who accused the party leader and former president Yahya Jammeh of raping her.

The letter, addressed to the author of the article Dionne, accused the paper and the western media in general of a deliberate campaign to smear the name of the party and former president Yahya Jammeh.

The full content of the letter reads:
“Dear Dionne,
We wish to inform you that we have read your article on Yaya Jammeh and the rape allegations made against him.

‘
Yahya Jammeh was and still is the party leader of APRC.
APRC is utterly disappointed to have been, once again, confronted with malicious allegations against its party leader and the ex-President of The Republic of The Gambia.

We are not surprised that the allegations are emanating from Western corporations that have been and will continue to lead smear campaigns aimed at tarnishing the good reputation of Gambia’s legendary and visionary leader.

Western Media, claim that they received credible information of ‘rape and sexual assault’, between 2013 and 2015, perpetrated by Yahya Jammeh, the APRC Party Leader.

The NY Times narrated a one-sided story before seeking clarifications from APRC or Jammeh’s family, or indeed, one of the Protocol Drivers mentioned by Ms Fatou (Toufah) Jallow in her accusations.

The story was based on one person’s word against the other with no shred of evidence tendered.

APRC, as a Party, and the Gambian people are tired of the steady stream of unfounded allegations that have been reported against our ex-President.

The recent story of rape has no iota of truth, and claims of this nature are often orchestrated by one or more of the following:
1.Sensational journalism
2. Attempts to gain unfair political capital
3. Unfair attempt to benefit from the
Financial/Material gain that goes with negative
publicity
4. A vengeful interest group who would stop at nothing
to see Jammeh ridiculed and brought before law
courts over unfounded allegations.

Rape allegations of this nature are not worth the paper they are written on.

The ex-President has no time to personally react to lies and smear campaigns. He was accused of far graver crimes than rape and most of the accusations have now been proven to be false.

The Protocol Driver, Landing Sanyang (not the cynical and calculated Jammeh surname used by Toufah), has now publicly refuted Toufah’s claims. Several other modelling peers and colleagues of Toufah have now rubbished her allegations, publicly, and on Social Media.

Toufah was reported missing by her mother at a time when phone records, during the ‘missing persons’ investigations into her case, conducted by The Gambia Government, showed that she was in constant contact with the same mother who reported her missing, feared kidnapped.

All these incidents raise doubts as to the character of Ms Jallow and we wonder what her motivations are.

We cannot understand why a man of high-standing like Jammeh, would rape an 18 year old he was helping to develop academically and professionally.

Absurd! The pageants travelled in and out of the Presidential Palaces (State House and Kanilai) together, in the presence of other people, and they never went as individuals, according to their driver and other beauty pageants.

Jammeh is a very respectable, God-fearing and a pious leader, who has nothing but respect for Gambian women and women around the world.

That was evident throughout his reign with countless legislations he passed to protect previously abused Gambian women and children. One of such laws enacted under him was the abolition of Female Genital Mutilation (FGM).

Please feel free to contact APRC, in future, on matters relating to development. We have developed Gambia at an unprecedented scale, within a short space of time. APRC can’t be compared with any other Gambia Government, past and present and that cannot be disputed.