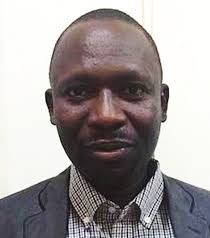 The Public Utilities Regulatory Authority has cautioned that the evolving nature of Gambian media requires regulation.

This concern was expressed by Pura’s managing director Ansumana Sanneh, who was speaking at a knowledge-sharing forum for commercial radios held in Kololi.

He said the considerations and realities of unprecedented media landscape in the country require development of measures and tools aimed at media practitioners in order to analyse and regulate the functioning of the media landscape as mandated by the PURA Act.

Sanneh who is an economist and former Pura director of economics and finance before his elevation in 2014, explained that the “regulation is not meant to be a restricting factor but a creator of equity in our joint developmental efforts.”

He said in the broadcasting sector for example, radio has grown significantly over the past years with over 35 commercial and 9 community radio stations in the country.

However, the DG said although these investments and advancements are quite welcome in the light of divergent views, it is also imperative that adequate safeguards are applied on traditional radio platforms.

He said the regulatory body has a challenging objective in consumer protection to ensure fair markets and enforce regulations as expansion in the sector continues to gain traction under the democratic dispensation.

He added that standards relating to broadcasting should serve the public interest in best practice approaches towards decorum, respect, and tolerance.

He urged all ‘sector players to engage in self-regulation’ of the content being transmitted over the airwaves, as children are now consumers of information.

Amie Njie, permanent secretary ministry of Information and Communications Infrastructure said ‘even though the broadcasting sector was subject to the regulatory purview of Pura, it has largely over the years been operating through self regulation’ in relation to content.

PS Njie added that the fast pace of media development which is set to grow in the coming years requires sound regulatory policy frameworks that encourage media inclusion placing a premium on fairness, objectivity, proper research, balance reporting, and the promotion of local culture and content.

“The media must continue to earn the trust of the public for informed direction and leadership by ensuring their operations are founded on integrity and serving the public interest,” she said.