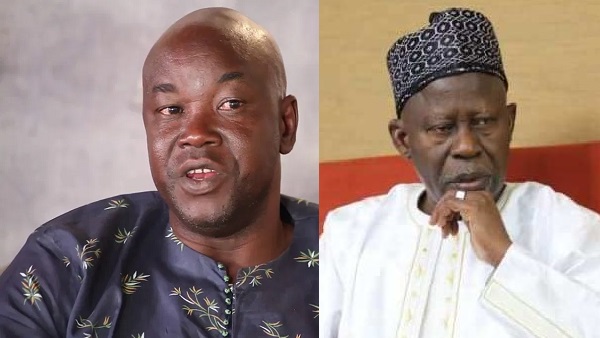 Presidential adviser has described as disappointing recent comments by his one-time political mentor and leader of the United Democratic Party, Ousainu Darboe.
The UDP leader recently suggested in a media interview that while the current Chinese road projects in the Upper River Region may be necessary, they should not have been prioritised over other places in much dire need of road.

“There are some places with such a horrible road condition that when you travel there on Wednesday you don’t get back until another Wednesday. Why were those kind of places not prioritised?” Darboe asked.

Mr Darboe further argued that the Banjul road project, which involved rebuilding and upgrading, cannot be compared in terms of priority to places where roads have never even existed. “Places like Kiang, Saloum and other places in the provinces have been without roads since. Reforms should follow those areas that have been neglected or deprived of basic amenities long time ago,” Darboe said.

However responding to these assertions, NPP strongman Dou Sanno said Mr Darboe forgot that when these projects were being conceived he was Minister in the cabinet and later vice president.

“Why didn’t he raise these guestions until now?”Sanno asked.
Mr Sanno added that the projects in URR are long overdue and extremely important, given the improvement to communications and life they will bring to the people there and the entire country.

“To suggest that it should wait until Kiang or other places are done is simply mixing people from the different regions. Development will come under Barrow to all parts of the country one at a time,” Sanno said.

The NPP strongman alleged that Mr Darboe once addressed a rally in Banjul where he said the city needs cinemas and super markets back. “Those are oudated ideas, and in fact those are built by private businessmen. Governments build roads and that’s what President Barrow is doing,” he said.

Mr Sanno recognised Mr Darboe as his mentor in the UDP but said by criticsing important and sensible programmes such as the URR and Banjul road projects, the old man is perhaps forgetting his good political lessons himself.