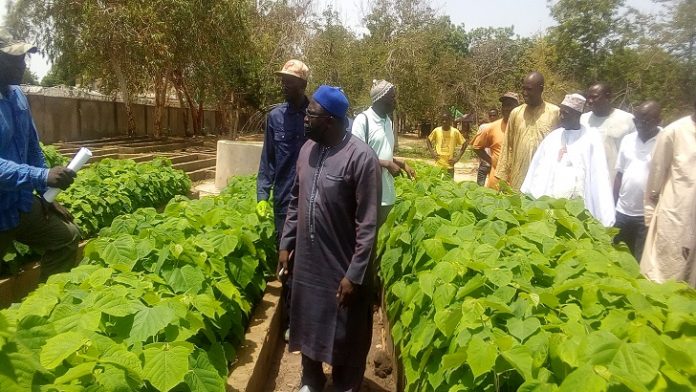 The Ministry of Environment Climate Change and Natural Resources recently organized nationwide consultations and handing over of forest parks to various communities across the country under the ecosystem-based adaptation project.

The project aims to restore degraded forests and agricultural landscapes of the country to build climate resilience of rural communities whose livelihoods are threatened by climate change.

He warned against vices of deforestation and recurrent bush fires, saying the government has realised that community forest management is cardinal in the mitigation of deforestation and forest degradation, which is posing concerns about loss of biodiversity among others.

He further urged communities to continue working harder and engage youths to benefit from forest products such as beekeeping and forest enterprise management.
The Governor of North Bank Region, Ebrima K Dampha said protection of community forest parks is key to development of the region.
He added that local communities across the region are aware of the consequences of deforestation.

“Empowering communities to protect the environment and management of forest parks are important to enhance food security,” governor Dampha added.
The Governor of Central River Region, Sheriff Abba Sanyang highlighted that reforestation and providing seedlings to farmers and planting trees to maintain the ecosystem will enhance national food security.

He advised various village communities to follow procedures of the department of forestry in order to gain ownership of their forest parks.
A similar meeting held in URR, the Governor applauded EBA project for successful intervention by engaging the governor’s office in any project activities.