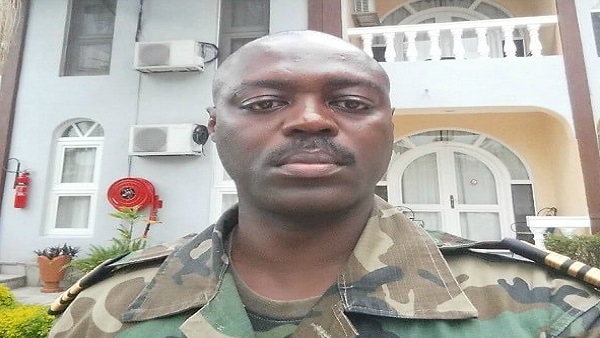 The commander of the West African troops in The Gambia, Andy La-Anyane has refuted wild rumours that one of his soldiers from the Senegalese contingent was caught having sex with a married woman in Bwiam.

The rumours which have been doing the rounds on social media attracted adverse comments against the force which at the start of their deployment, had uneasy relations with the people of the area. Last night, The Standard contacted Ecomig Commander Andy La-Anyane who sent this version on the incident: “ECOMIG’s attention has been drawn to an allegation implicating one of our soldiers for having an amorous relationship with a married woman. Our investigation indicates that the allegations are unfounded and cannot be true. The lady left her phone to be charged at the checkpoint. Later the soldier gave the phone to the woman’s friend to be given to her but she claimed she didn’t receive it.

The soldier therefore went and collected the phone from her friend and when he went to submit it to the owner, a man came claiming the soldier was dating his wife. This is the same man who divorced the woman some months ago. The case is with the police and ECOMIG will patiently wait for the outcome of investigations. Whilst ECOMIG do not support indiscipline by its troops, we will not also accept such wicked unfounded allegations against our personnel.”

Police spokesman Spt Lamin Njie confirmed that the complaint has been reported to the police and it is being investigated.