Another case of FGM! 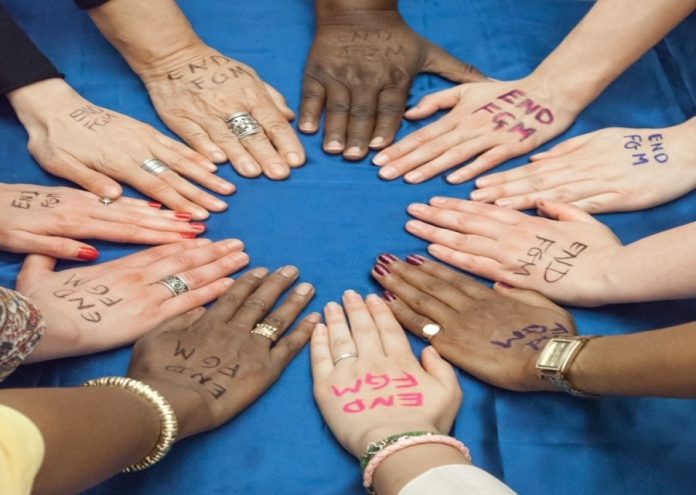 Kudos to the brave father who went to report the abuse of his two year old daughter! For once someone followed his heart, instead of remaining blinded by the tradition. FGM has been banned by the law since 2015 and still not a single case has been taken to the court. Let this case become a precedent case so there will finally be an end of this tradition that serves no purpose at all. FGM has nothing to do with Islam, you are not more pious just because you have been cut , or your daughters are that. God has created us all in a certain way, all the parts of our body serve a purpose. Why do we try to stand over God, telling that his creation of the female sex came with some faults? God’s wisdom is larger than anyone of us, his creation is perfect and it is not up to us to change it.

Our human bodies are amazing! There are so many processes going on all the time that we are not aware of. All of you women, who have been pregnant, know that your body is preparing for giving birth. You get pain, similar to the pain you feel when you are in labour, and this pain comes mostly at night. Your body is adjusting to the process of giving birth. Your inner organs move a bit to give more room for the growing fetus. When we are small girls our bodies are preparing for adulthood. This is a natural process and should not be considered as anything shameful. Small girls can be very cuddly, and some don’t care who they cuddle with. Some men are not wise enough to keep a sound distance. This is why some men actually believe that a small girl wants to have sex with him.

A wise man distracts the girl and makes her think of something else. God didn’t only create us with our private parts, he also gave us brains and expects us to use them!  There are different ways of cutting the girls, some more barbaric than others. The fundamental problem is that FGM is mostly performed by some unprofessional person who is not exercising her practice in hygienic surroundings. As we all know that FGM is banned by the law, in The Gambia, these actions have to be performed in some secluded area. The cutting is often performed on several girls at the same time, like a ceremony, and the same tool is used on them all. The tool; a razor blade or a knife, gets dried with a piece of cloth between each girl, but that is all.

Is the tool properly cleaned before the performance begins? Is it boiled so there are no bacteria on it? When a doctor is making an operation he is always equipped with new clean tools that came packed in air tight package to avoid any kind of infection. Where is the tool used for FGM kept between the performances? Can we trust that it is locked in some safe place which is clean? How do we know that the tool is only used for FGM? How do we know that the tool doesn’t spread infections from girl to girl? How do we know that none of the victims of FGM has some kind of infection that is latent? Are we willing to sacrifice the health, the life and the happiness of our girls?

How can we know that the one who is committing this abuse to the girls actually knows what she is doing? It is not like the girls lay still on their backs, just waiting to be cut. No, they kick, they scream, they wiggle and try to get loose because they are afraid, they are in pain and they are humiliated. Even very small girls know that your private parts are just that – private and you don’t show them to anyone just like that. Imagine a girl stripped on the bottom of her body, she is held by several strong women and someone is causing her excrutiating pain. Why??? Can anyone tell me why you find this tradition so necessary so you are prepared to risk jail for it?

I have a pupil, a young Somalian girl, who is struggling at school. She doesn’t understand what the teachers are trying to teach her. She feels like an idiot and she has come to me so many times, in tears, and said that she is struggling but it is impossible for her to learn the things that seems so easy for other kids. After I got to know her better, she once told me that she is the only child and she would love to have siblings. Most of the Somalian families have a lot of kids, so I asked her why she doesn’t have any. She told me that she was born in Somalia, and that it took 3 days for her mother to give birth to her. 3 days! The mother almost died of the blood loss and all this was caused by FGM. The baby was stuck because she couldn’t come out from the birth canal. She got a lack of oxygen and that damaged her brain. The baby could have died too, and that happens many times. Sometimes both the mother and the baby die, and still we think it is a good idea to cut the girls? It makes no sense at all.

If you find it hard to believe what I am saying about FGM, then please read the facts given to us by UNICEF. These facts are based on science and statistics.
”Some communities endorse it as a means of controlling girls’ sexuality or safeguarding their chastity. Others force girls to undergo FGM as a prerequisite for marriage or inheritance. Where the practice is most prevalent, societies often see it as a rite of passage for girls. FGM is not endorsed by Islam or Christianity, but religious narratives are commonly deployed to justify it.
Because FGM is a cultural practice, parents may find it difficult to decide against having their daughters cut for fear that their families will be ostracized or their girls deemed ineligible for marriage.

Yet FGM can lead to serious health complications and even death. Immediate risks include haemorrhage, shock, infection, urine retention and severe pain. Girls subjected to FGM are also at increased risk of becoming child brides and dropping out of school, threatening their ability to build a better future for themselves and their communities.”

The mother, in the case I began to tell you about, declared that she had not given her permission. The grandmother had taken her own initiative and brought the two-year old girl to the woman who committed the crime. Yes, the crime! Perhaps the grandmother thought she did something good, and as it seems as she was taking care of the girl at the moment, she might have thought that she can do as she has decided. This is why it is so important to speak openly about FGM. If the parents and the grandmother had been communicating with each other, the poor girl would have been saved from this abuse. It takes a long time to change habits, but it is possible. Lift the taboo and save lives.

With Alagie Manneh In a rare scoop, a Gambian reporter and videographer trekked on rarely trodden paths to meet the elusive leader of the separatist...
Read more
Bantaba

By Aisha Jallow Service before self is a motto of the U.S. Air Force. I saw a movie some days ago and that motto spoke...
Read more
Bantaba

With Alagie Manneh You are a grandnephew of former president Jawara, where is the origin of your granduncle?  My father's father is from Mauritania. Ironically, the...
Read more
- Advertisment -