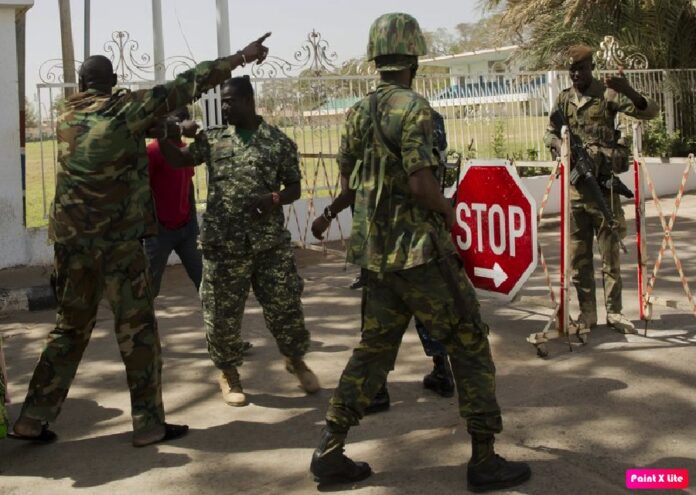 At least four West African countries have agreed to send police units to The Gambia as the regional bloc agrees to transform Ecomig into a police mission.

Ecowas heads of state and government held their 58th ordinary session on Saturday where they decided to extend the mandate of the regional troops in The Gambia for one year from 1 January 2021 and “transform it into a police mission after December 2021 election”.

“It [ECOWAS authority] expresses its gratitude to Côte d’Ivoire, Ghana, Senegal and Togo for agreeing to contribute to the Constituted Police Units to Ecomig and the European Union for its financial and technical support,” a statement said.

The decision to transform ECOMIG into a police mission was first made last year when ECOWAS leaders met in Niamey, Niger.

The Authority congratulates the president of the Commission for the implementation of the Decision of the Authority of Heads of State and Government, taken at its 57th Ordinary Session held on 7 September 2020 in Niamey, Republic of Niger, to transform ECOMIG into a Police Mission.

During the same meeting, the authority of Ecowas heads of state also called on political stakeholders in The Gambia to find a common consensus over the rejected draft constitution.

In September last year, Gambia’s lawmakers rejected a draft constitution to replace the 1997 constitution. The document which was to help reform the country’s governance system could not secure enough votes at the National Assembly.

Some 31 National Assembly members voted in favor of the bill to be passed while 23 members rejected the new draft constitution. The draft constitution has been a product of two and a half years work with a nationwide consultation with Gambians undertaken.

But ECOWAS leaders during the region’s 58th ordinary session on Saturday said they have taken note of the political divergences in The Gambia regarding the revision of the Constitution as the country prepares for presidential and legislative elections at the end of 2021.

The commission commends Goodluck Ebele Jonathan, former president of the Federal Republic of Nigeria, for agreeing to facilitate dialogue among national political stakeholders on the contentious issues surrounding the draft Constitution, which is due to be put to a referendum in June 2021 before the presidential election in December 2021.

“The Authority welcomes the progress made and calls on all political stakeholders in The Gambia to build consensus on the draft Constitution. It calls on the relevant authorities to maintain dialogue for the adoption of the Constitution and the compliance with the electoral calendar,” the leaders said in a joint statement.