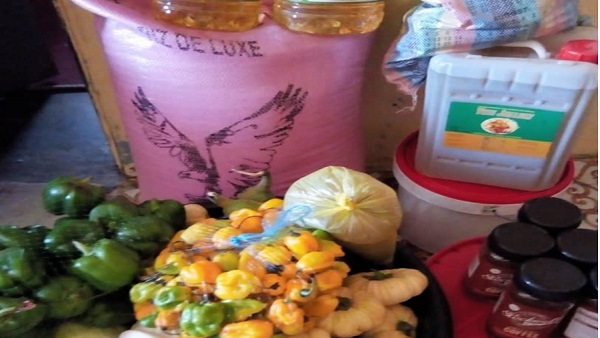 The country’s main referral hospital – Edward Francis Small Teaching Hospital – last weekend received gifts from a charity called Camaraba Food and Drink for Humanity.
The charity donated bags of rice, a bag of onion, flour and potatoes, two cartons of tomato, gallons of cooking oil and other provisions estimated to worth at least D15,000.
Presenting the items to the management and staff of the EFSTH, Bakary Njie, National Assembly member for Bundungka Kunda Constituency, described the donation as a noble gesture.

“We know this is the main referral hospital and is visited by patients all over the country. Some come from far places and probably they may not have relatives in Banjul or Serekunda, so if somebody could come up with this gesture, I think we should all rally behind him and support him,” the lawmaker said.
He urged other Gambians to emulate the charity.
Aminata Bah, a German-based Gambian who works with the foundation, said the charity has visited the hospital’s kitchen two weeks previously, but added she was not satisfied with conditions there.

She then launched an online appeal for support for the country’s main hospital, which has remained blighted amid lack of resources and low supply of consumables and other necessities required in the running of a hospital.
“Thank God people paid heed to my appeals,” she added.
Bakary Camara, founder of the charity, said: “I got the support from Gambians who love their country. They made this gesture for me to give it to the hospital.”

A social worker, Bakary said love for country motivated him to step up and contribute his part in health, saying ‘a healthy country is a wealthy country’.
“I don’t have money but I have people,” he said. “I reached out to people and they helped.”

Malang Ndong, director of administration and human resource of EFSTH, expressed delight with the donation. He said a hospital is much more than just medications and injections.
“Nutrition is important, too,” he reminded.