Establishment of TRRC, other reform programmes key to transitional justice 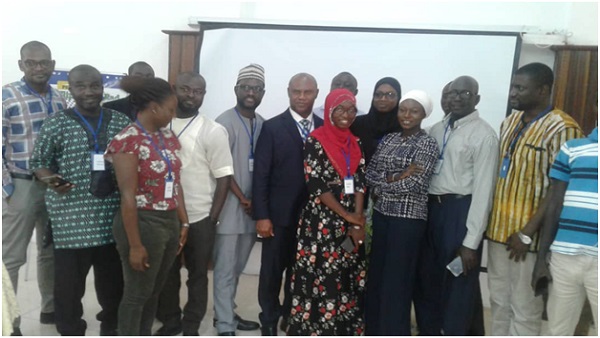 He made these observations at an Africa Transitional Justice Legacy Fund consultative meeting.

“Transitional Justice as most of you have come to understand it today, deals with how society comes to term with past atrocities to research for truth and reconciliation and healing,” Thomasi said.

The UN defined transiotnal justice as the full range of processes and mechanisms associated with a society’s attempt to come to terms with a legacy of large-scale past abuses, in order to ensure accountability, serve justice and achieve reconciliation.”

The establishment of the TRRC Act was preceded by the successful completion of a study tour that we in The Gambia had in Sierra Leone, South Africa and a wide-spread consultation done both locally and in abroad as well as a careful consideration of recommendations made by Gambians,” he explained.

Thomasi said those study tours and the national consultation programmes were funded by UN Peacebuilding Fund at a tune of over a million dollars. He said this has helped established a credible transitional justice mechanisms that seek to promote reconciliation and sustainable peace in The Gambia.

He said: “Transitional justice then, was entirely a new concept. We are still learning from others’ experiences. What we have here in tailoring our transitional justice process was not a copy and paste thing, but adopting what has taken place in other countries.”

He explicated that the CRC was established to draft a new constitution and help safeguard The Gambia’s Republican system of government, including democratic values, and promotion of the rule of law.

“…Also, to protect fundamental rights and freedom as well as ensure periodic elections are held.”