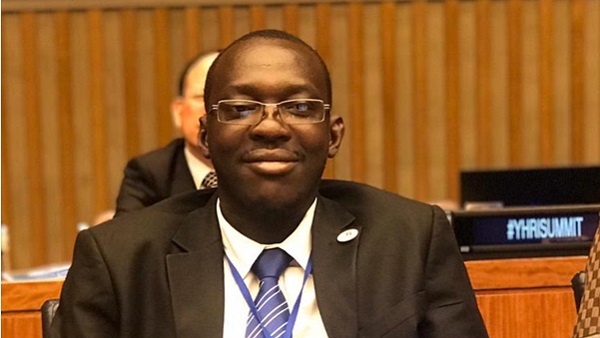 By Omar Wally in New York

Nfamara Jawneh was speaking at the ongoing 16th annual International Human Rights summit at the UN Headquarters in New York.

According to him, following 22 years of dictatorship during which the country witnessed gross human rights violations, Gambians must now unite to ensure such things do not happen in the country again.

The human rights activist noted that Gambians must realise that what happens to one person as far as human rights abuse is concern affects us all.

Mr Jawneh acknowledged the significant progress being registered by the current government in promoting and protecting human rights.

He cited the establishment of the National Human Rights Commission, Truth, Reconciliation and Reparation Commission (TRRC), Constitutional Review Commission, CRC and Security Sector Reform processes as clear indication of “political will and commitment by the government to safeguard human rights”.

He however emphasised that despite all these achievements and many others, human rights violations such as gender base violence, discrimination especially among the Sarahulle ethnic group, freedom of assembly and peaceful protest etcetera still persist in Gambia.

Jawneh used the opportunity to thank his team who are helping him bring human rights education to every part of the country.

“Currently, we have covered all the seven administrative regions of The Gambia with our human rights education programme but more still needs to be done to reach out to remote areas,” he said.

He commended Youth for Human Rights International for providing human rights educational materials to Gambians over the years through his organisation.

“With our human rights education programme in schools and communities across the country, more Gambians are now becoming conscious of their rights,” he noted.

Jawneh who also doubles as Youth for Human Rights The Gambia coordinator noted that it’s only through human rights education that “we could enjoy lasting peace and sustainable development in the country and world at large”.

The former journalist and human rights hero reaffirmed his organisation’s resolve to reaching out to every Gambian across the country with their human rights education programme.

“We need the continued support of the international community including YHRI to keep accompanying us in consolidating our democracy thus building the culture of human rights in the West African nation,” he concluded.