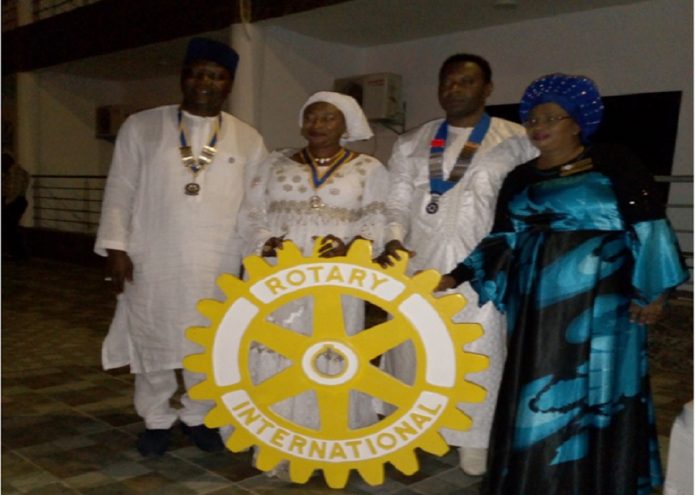 Four rotary clubs in The Gambia over the weekend gathered to elect new presidents to steer the affairs of their respective humanitarian movements.

The clubs were Banjul, Bijilo, Fajara and Brusubi Rotary clubs. The event was staged at the Metzy Hotel in Kotu.

Assistant Governor-Elect, Fatou Bah thanked the Rotarians for the trust to serve as assistant governor for the year 2015-2020.

She promised to do her best and deliver as expected in the service of humanity.

“Let us take action to create a lasting change across the globe, and in our communities,” she urged the Rotarians.

Rotarians are a group of business persons whose stated purpose is to bring together business and professional leaders in order to provide humanitarian service and to advance goodwill and peace around the world.