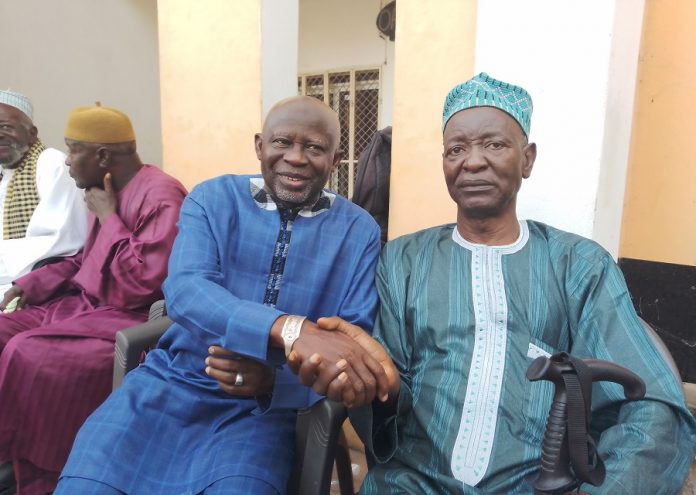 Pa Ndura, a former vice chairman of the APRC in Serekunda Central and Momodou Conteh, formerly an APRC Sukuta ward councillor have both declared Saturday that they have joined the UDP.
They made these declarations at the Kairaba Avenue offices of party leader Ousainu Darboe.

Momodou Conteh said he was inspired by a former APRC general secretary Momodou Sabally, who is now a key UDP supporter.
Mr Conteh called on his former party supporters to join the UDP, describing the party as“the future government of The Gambia”. He said the UDP is composed of people of dignity, truthfulness and vision.

Meanwhile, Pa Ndura said “the selfless sacrifices”Mr Darboe made in the struggle for a free Gambia was a demonstration of his love for the country and therefore the right person to lead the country.

Welcoming the former APRC members, Mr Darboe said:“I am so grateful to my Creator to have people of good standing like Pa Ndura and Momodou Conteh who are in their own right very big political players in the history of the country.”

He noted that Pa Ndura does not look for personal interest, but always plays his role rather than wait for favours… “As a contractor, he could have joined the government in the hope of getting contracts in exchange of his support but he cares for the nation,” Darboe said