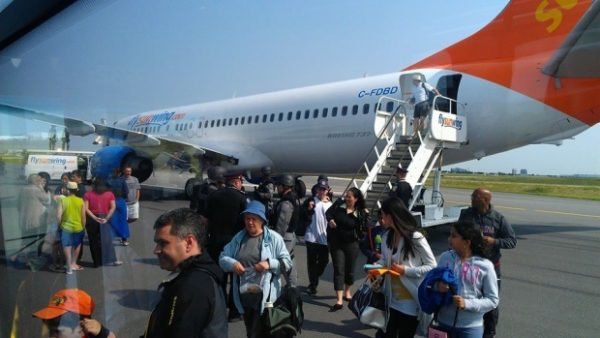 Relatives of six Gambians who arrived on Brussels Airlines Wednesday have complained that their guests were forced to undergo mandatory quarantine despite having valid Covid- 19 negative test results from the United States.

The Gambia recently amended its quarantine regulations to request travelers to show a negative Covid-19 test taken no more than 72 hours before they travel to avoid quarantine.

But Banta Fofana, relative to the six US-based Gambians said his guests were taken by government officials from the airport straight to a hotel even though they produced their results on arrival.

“Since they arrived in the country on Wednesday via Brussels, they were packed at a hotel veranda where they spent the night Wednesday and will continue to stay there because they said they cannot and will not pay for rooms when they have proof that they have valid Covid-19 test result,” Fofana told The Standard.

He said the family is currently taking care of their food and water.

“We are worried for their safety because the place has lot of mosquitoes and we cannot afford to pay for hotel bills for two weeks of quarantine,” he said.

The six include a 50-year-old woman, a young lady and four young men.

Fofana said the doctor who supposedly came there yesterday to test the six allegedly left the hotel without doing any test.

“We want to call on government to immediately release our relatives. They left the US because of the promise made by the government on the 72 hours test regulations. This is not happening in other countries. This is why many travellers now prefer to disembark elsewhere and take vehicles to Banjul,” Fofana said.

None of the health officials dealing with the regulations was reached for comments.