REPORT OUTLINES HOW JAMMEHERA CRIMES CAN BE PROSECUTED WITHOUT ICC 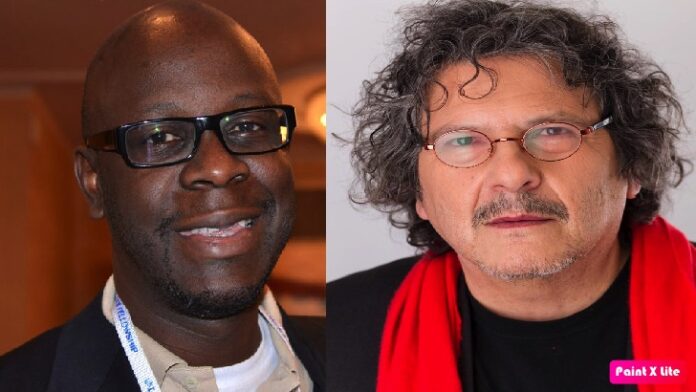 A detailed report initiated by international human rights foundation, Rose Lokissim Foundation, has advanced recommendations on how and where the worst crimes of the Jammeh era can be prosecuted without the International Criminal Court.

Prepared by Salieu Taal, president of the Gambia Bar Association, and Reed Brody, counsel for Human Rights Watch, the report is part of efforts to identify the possible avenues for the post-TRRC prosecution of crimes committed from 1994 to 2017 ahead aof the truth commission’s report expected in early 2021.

The TRRC has been charged with the “identification and recommendation for prosecution of persons who bear the greatest responsibility for human rights violations and abuses” committed under Yahya Jammeh’s rule.

According to the report, the process for creating an accountability mechanism must be Gambian-led. Several participants in the report recommended that the government convene a multi-stakeholder group to define a national post-TRRC accountability strategy, including assessing the need for a new court and its contours, and enlisting international support for that strategy.

“For reasons of legitimacy, accessibility, legacy and cost, the court or accountability mechanism chosen should rely as much as possible on national Gambian elements,” the report noted, adding that the TRRC process has succeeded in good part because it is, and is seen to be, a Gambian process.

It said to some extent possible, prosecutions should be carried out in The Gambia, using Gambian personnel.

However, the report also observed several gaps in the national system including an inadequate legal framework for the prosecution of atrocious crimes such as “constitutional immunities; lack of laws criminalizing crimes against humanity and its underlying crimes such as torture and enforced disappearances; the absence of liability concepts such as co-perpetration and command responsibility”.

According to the report, several participants, national as well as international, felt that a “hybrid” court operating within the Gambian judicial system could help create a legal framework tailored to the prosecution of Jammeh-era crimes while securing positive legacy gains (particularly capacity-building and other developments of the national justice system).

Participants pointed out that through its governing statute, hybridization could allow the incorporation of customary international law crimes such as “crimes against humanity and torture that were not explicitly listed in the Gambian criminal code at the relevant time and  provide a legal basis to conduct proceedings outside The Gambia if necessary (e.g. if there is a need to prosecute Jammeh himself outside of The Gambia); allow greater victim participation; provide an avenue for admitting the evidence developed during the TRRC hearings; provide specific legal and procedural safeguards for victims of sexual and gender based violence.”

The report further noted that a hybrid court could also facilitate the adoption of best international practices regarding outreach, recording and transmission of proceedings, witness protection; and psycho-social support for victims and witnesses. “The International Criminal Court, as a global court of last resort when national systems are unwilling or unable to act, is not an option at this stage for prosecuting Jammeh-era crimes. In addition, the ICC has jurisdictional limitations (only crimes after 2002 could be prosecuted), is physically remote, involves lengthy proceedings and prosecutes very few cases globally,” it said.

The reports also outlined that numerous participants want attention be paid to the prosecution of sexual and gender-based crimes.

Taal and Reed Broody interviewed dozens of stakeholders including the Chief Justice, Minister of Justice, TRRC officials, NGOs and victims as well as experts in international criminal law, diplomats and potential donors and prepared a paper outlining the principal options for an accountability mechanism.

The chairperson of the Gambia Center for Victims of Human Rights Violation, Sheriff Kijera told The Standard the move is highly welcome and boosts the morale of the victims ahead of the TRRC recommendations.

“We were part of the consultation but generally people are of the view that these cases should be domesticated to promote and encourage national ownership of the process. We understand that Jammeh is very complex due to the security aspects and all that – so it would have been better to set up an international court outside The Gambia to try Jammeh but hopefully before the TRRC ends its proceeding, we will come to an agreement,” he said.