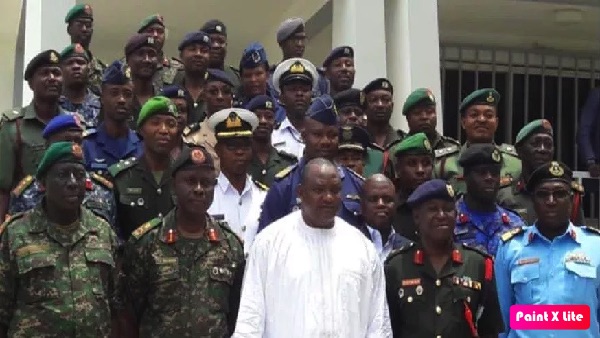 At the recently concluded 57th Ordinary session of the ECOWAS Authority of Heads of State and Government in Niamey, Niger, President Adama Barrow requested for an extension of the mandate of the ECOWAS Military Stabilization Mission in The Gambia (ECOMIG). This mandate legally ended on 30th June 2020 after a series of extensions prolonged the term of these West African troops, present in The Gambia since January 2017. President Barrow justified his request citing the reforms underway and the need to protect the fragile democracy in The Gambia.

Citizens’ Alliance is greatly concerned with the slow pace of the reforms cited by President Adama Barrow at the ECOWAS Niamey summit. CA believes that the President’s request for another extension of the ECOMIG’s term could have been avoided if Adama Barrow and his government meant business in undertaking genuine, substantive, and expedited reforms, including the Security Sector Reform. Almost four years into post Yahya Jammeh’s regime, Gambians should have been talking about ECOMIG’s exit strategy instead of an extension of its stay in our country. We encourage the Government of The Gambia to engage Gambian experts both within and outside the country if they need assistance.

Citizens’ Alliance once again thank ECOWAS and E.U for genuinely supporting The Gambia. The presence of ECOMIG troops in our country is paid for by the European Union through the African Peace Facility, with a mandate to ensure the stability of our country as it transitions from dictatorship to democracy.

Citizens’ Alliance however believes that a continued and indefinite presence of foreign forces in our country entrenches a caricature of perception about our sovereignty as well as its impacts on the morale of our national security forces.

CA therefore urges President Adama Barrow’s government to expedite the SSR process and work with stakeholders to implement the validated national documents such as the National Security Policy, the National Security Strategy, and the Security Sector Reform Strategy. To give substance to the security reform, CA invites The Gambia government to ratify all legal instruments relating to Human Rights in order to consolidate national efforts aimed at safeguarding security and the rights of The Gambian people.

CA fully supports the ongoing process of finalizing the draft constitution and further urges the government of The Gambia to expedite the submission of this document to the popular will of Gambians upon completion of its legislative review.

To ensure peace and stability, CA encourages the government of The Gambia to develop an inclusive process with stakeholders such as the Inter-Party Committee (IPC), the civil society and the press to support the implementation of the A.U instruments relating to elections, democracy and good governance, with a view to preparing the ground for holding credible, free and transparent elections in 2021.

ABOUT US
The Standard Newspaper brings the Latest News from the Gambia, Africa and the World. Get live news and latest stories from Politics, Business, Technology, Sports and more. The newspaper is published and printed by XL Standard Co. Ltd. located at Sait Matty Junction, Bakau. Telephone: +220 4496481. Email: info[email protected]
FOLLOW US
© 2020 The Standard Newspaper (The Gambia) - Site by DigiTech Solutions